11-year old Naa Koshie Manyo-Plange of the Roman Ridge School in Accra has won the 2021 edition of the Spelling Bee competition after an intense 15 rounds of spelling.

She beat stiff competition from Susan Grace Azu and Gavriel Asamoah to come out top.

The competition saw Naa Koshie Manyo-Plange and Susan Grace Azu battle it out keenly after being only two contestants left in the competition after the 10th round.

The finals of the competition which witnessed a high attrition rate started with 60 contestants which was slashed to about 45 after round 3. 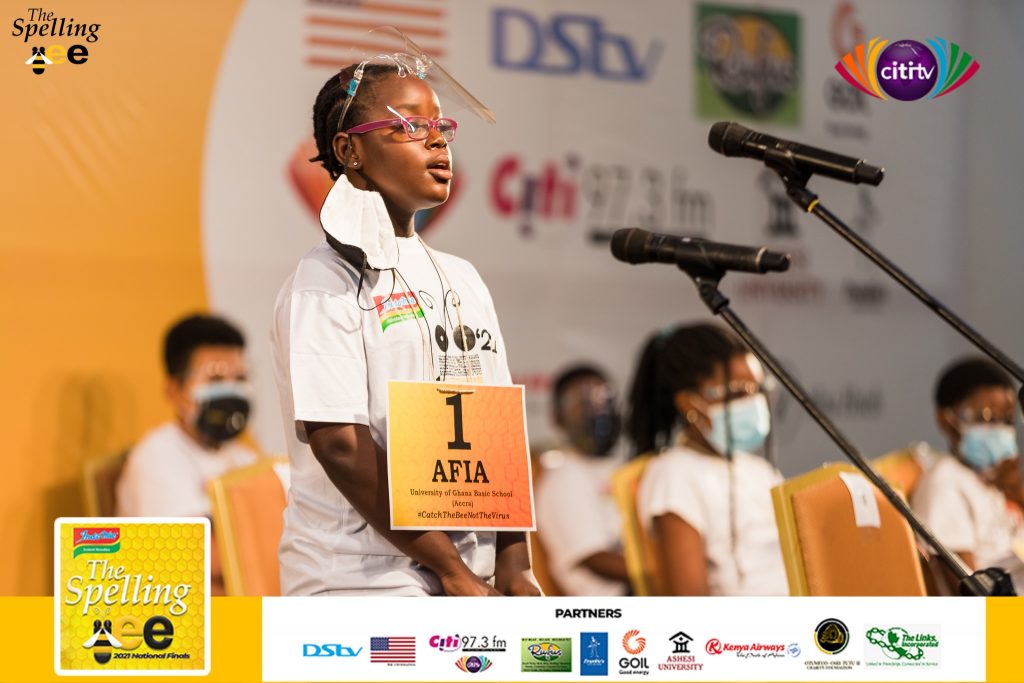 After the 10th round only Susan Grace Azu and Naa Korshie-Plange were the remaining contestants.

Speaking to the host of the 2021 spelling bee finals after her win, Naa Korshie Manyo-Plange expressed her excitement to have won the competition, adding that she was glad her hard work in preparing for the competition had paid off. 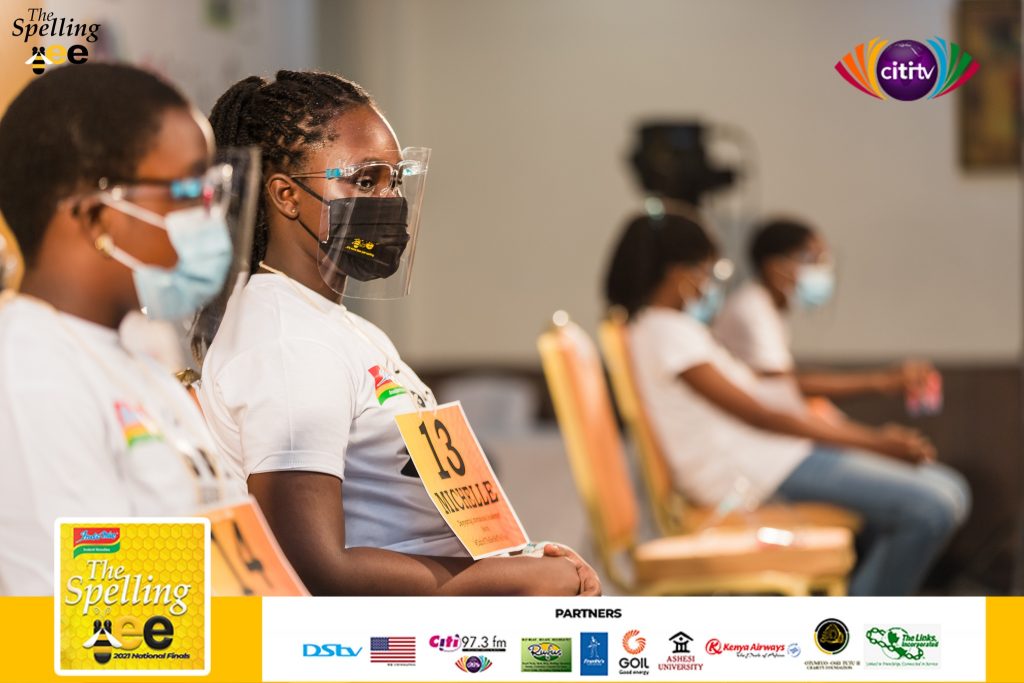 Naa Korshie aside the bragging rights will also win GHC 10,000, a fully installed decoder from DSTV Ghana, a  year’s supply of Indomie_Ghana, 500 Cedis worth fuel from Goil and Frankie’s Restaurant meals for a year.

Susan Grace Azu of Anchelle International School in Takoradi who emerged 1st runner up in the competition was given a silver medal, a trip sponsored by Kenya Airways, GHS 3,000 cash prize, fully installed HD Zapper decoder from DSTV and GHS 300 fuel vouchers from Goil Company Limited.

Gavierl Asamoah from the Springforth Community Schools emerged the 2nd runner up in the competition. He received a bronze medal, a trip sponsored by Kenya Airways, GHS 2,000, fully installed HD Zapper decoder from DSTV as well as a GHS 200 fuel vouchers sponsored by Goil Company Limited.

Schools of the three champions will also be given a certificate of recognition and a GHS 1,000 fuel voucher.

The grand finale was held behind-closed-doors with only spellers, parents, and guardians in attendance adhering to strict COVID-19 preventive measures.

The Spelling Bee, a national spelling competition, which began 14 years ago, has had a substantial impact on the education of Ghanaian children in primary schools across the country.

For over a decade, Champions from The Spelling Bee have been the only ones on the African continent accorded with the honour of participating in the internationally acclaimed contest, Scripps National Spelling Bee.