Speeding to the world: Agona Swedru Boys Give New Hope to Drill on The New Chapter Project

GoG E-Payslip: How To Check And Print Monthly payments report

Ghana Music is gradually taking over the world, leaving its indelible mark from Accra to South Africa, New York to London, Kumasi to Kingston, and now to Agona Swedru. Agona Swedru is blessed to chalk a lot of successes when it comes to Ghana music and entertainment. This town in the Central Region of Ghana has produced a lot of talents from Super OD and Kwaw Kese among others.

These two top entertainers (Super OD) controlled Ghanaian TV-drama from the 70s-90s while Kwaw Kese took charge from the 2000s to the 2020s with his firm grip on the country’s music scene. Super OD was a household name and a legend in the Ghana movie industry. May his gentle soul rest in peace. Kwaw Kese who is still killing it has over the past two decades chalked a lot of success in the Ghanaian music industry. Winning a lot of awards, traveling around the world to perform, and paving the way for a lot of today’s mainstream artists.

The small town in the Central Region is indeed blessed with so many talents, today there is a new crop of artists emerging who are ready to carry Agona Swedru music to the next level.

Most of the beats you will hear them playing are Drill music which is gradually taking over globally with a lot of young rappers and artists falling in love with it. Drill music which was born and started in Chicago early in 2010, has now spread like wildfire, finding its way to Agona Swedru.

A couple of months ago, Jagonzy, a Ghanaian-American promoter linked up with a young blogger and promoter in Agona Swedru, Richard Essilfie who is popularly known as Kofi Banks to scout talents to record a project to celebrate a decade in the entertainment industry. He sent them a drill beat and afterward life hasn’t been the same for the boys again. The young artists killed it.

Jagonzy and his team was so shocked by the kind of talent emanating from Agona Swedru that he had to travel all the way from the USA to Agona Swedru to shoot a video for these talented crop. When he got down to Ghana, the young blogger drove him from hood to hood to see the talents in Agona Swedru where he was dumbstruck.

Just last month, a short video from Young Chicky, Joe Willie and Esco BabyBoy which was shot in GojitStudios went viral, making a lot of music lovers on social media surprised with the kind of talents coming from Agona Swedru. Well, are you surprised? Be excited about what is coming! The list of the artists who took part in the NEW CHAPTER PROJECT by Jagonzy and killed the beat are GoDah, Young Chicky, Lyrical ABK, Rider, Joe Willie, and Esco Babyboy.

Well here is a short insight about these young cats:

This is an artist who manages a bar on weekdays and co-hosts a radio show in AgonaSwedru. He is a student of the University of Education in Winneba. goDAH is a very talented guy and has performed on stages since the 2000s in Agona Swedru and across Ghana. He is versatile and can also produce and write songs. He is behind most of the recordings and arranging of his verses. 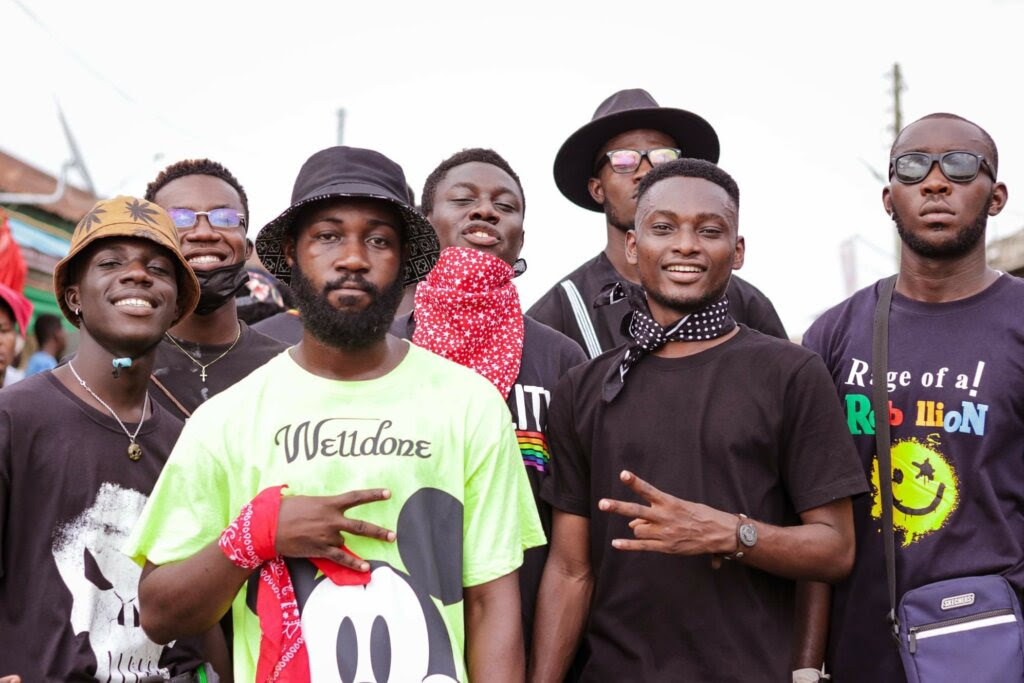 goDAH seen with a red bandana on his hand

Hailing from Agona Swedru and Duakwa, this young talent is very versatile — can rap, sing, do reggae, dancehall, Ghanaian highlife, and gospel music too. He is a graduate of African University College. A couple of years ago, Nigerian artiste Mr. Eazi picked him to be part of his empawaAfricaproject. Because of his style, Shatta Wale the Africa dancehall king featured him on his Reign album concert. He is rated highly by top music stars like Sarkodie and Criss Waddle as the next big thing.

Rated as the next dancehall star of Ghana, Lyrical ABK is a very talented chap. His genres are reggae and dancehall. He has graced a lot of stages in Ghana. His fans call him Addi Lyrical. His stage persona in music is very different from his private life. Having built a strong following with his talent, he is loved and celebrated everywhere he goes. He is among the biggest performers in Agona Swedru and the Central Region of Ghana. There’s no big show that you wouldn’t see him on. Promoters have to put him on the bill before their shows can be filled from what I have personally seen.

LYRICAL ABK seen with red bandana on his neck

Rider has a strong love for Agona Swedru. It is his prayer that Agona Swedru will produce a lot of stars who will hit the mainstream. He has a personal studio that supports upcoming acts freely. He has mostly been behind a lot of recordings from the township. He has a clean heart and supports talents to also blossom. He is a very talented chap. In 2019 he recorded a song with mainstream artist Quamina MP in Accra which the artist followed up with him to shoot a video for in Agona Swedru. His record with QuaminaMP titled ‘’BLOW’’ is making waves and has been played across the globe. 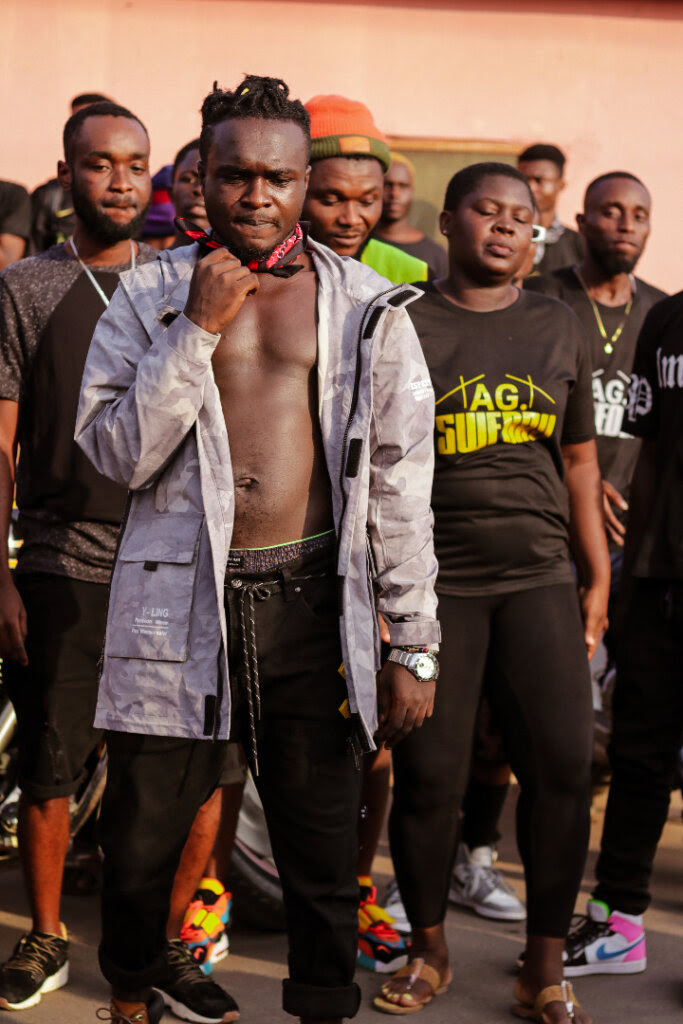 They are two young talented artists from Agona Swedru under the management of Don Kafaentertainment. Their names are Joe and Whillie who are groomed and supported by Don KafaEntertainment. They have a song called Jorley which is making waves and crossing borders. They are currently engaged in a media tour promoting their hottest single. They are among the fastest-growing artists with a strong fan base in Ghana.

JOEWHILLIE with both hands raised pointing and skywards

He is a young senior high school graduate recruited from the streets of Yaabem, a community in Agona Swedru after he was seen rapping on the streets. He is passionate about his music and that earned him an invitation to the studio and low and behold he gave a verse to climax a song on Jagonzy’s project. His style makes him stand out and has a brighter future ahead. Linking up with Godah, Kofi Banks and Jagonzy was a dream come true for him. 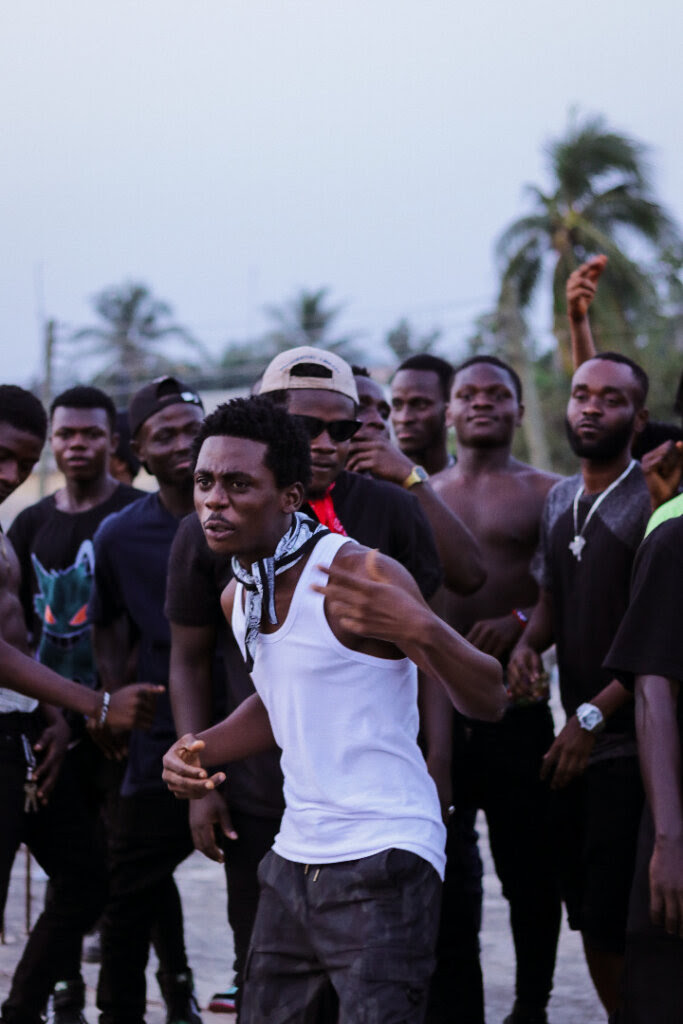