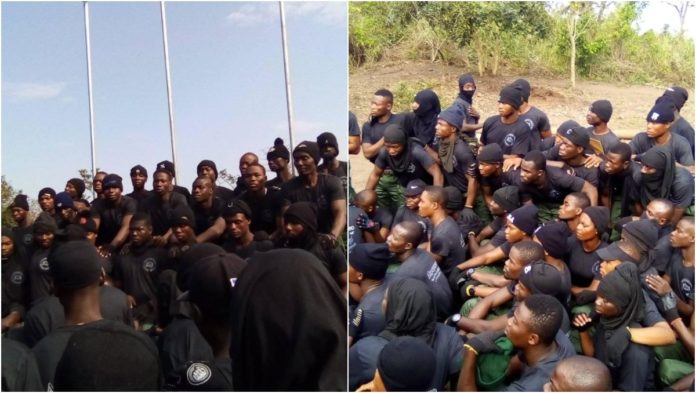 Eight of the remaining 26 persons who have been charged in the Western Togoland Restoration Front case have pleaded not guilty to eleven charges.

Seven of them have since been remanded into prisons custody to reappear before a vacation judge on August 10, 2021.

However, Godwin Awudza, the second accused person was admitted to bail in the sum of GHc200,000 with two sureties to be justified on health grounds.

They are to deposit their valid national Identification Card to the registrar of the court.

The prosecution was ordered to file disclosures and witness statements within two weeks.

Last Monday, July 19, the State dropped charges of treason against the accused persons, when the fresh charges were read to the first batch of 17 who were arraigned.

This was after the Accra High Court (differently constituted) was informed by state prosecutors that the charge of Treason has been withdrawn with new charges pressed against the accused persons.

As it stands, 26 persons out of the remaining 38 that the Attorney General’s Department had adviced to be charged have been brought to court.

Earlier, sets of 11 and 38 totaling 49 were respectively discharged by the Kaneshie District Court upon the AG’s advice on the case docket.