We made Ghana proud in 2020 Olympic Games – NSA Director 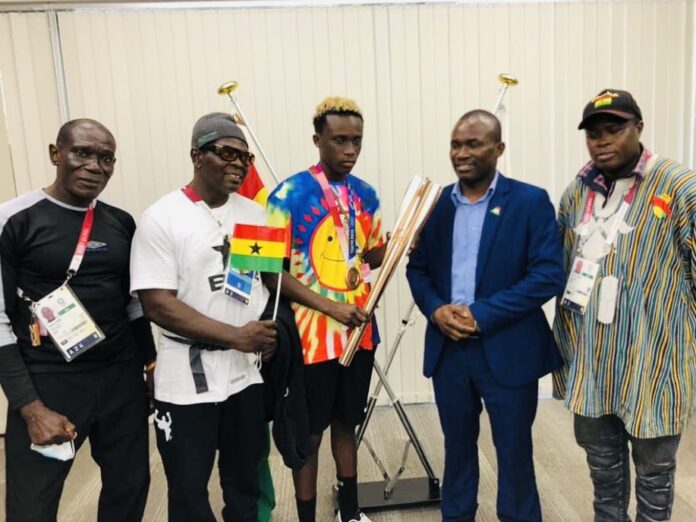 Professor Peter Twumasi, the Director-General of the National Sports Authority (NSA) has commended the performance of the 14 athletes that participated at the just ended 2020 Olympic Games in Tokyo, Japan.
Ghana won one medal in boxing, courtesy Samuel Takyi to break Ghana’s 29 years medal drought at the Olympic Games.

Prof. Twumasi thanked Ghanaians, the Ministry of Youth and Sports, and the President, Nana Addo Dankwa Akufo-Addo for the unflinching support rendered the team during the Olympic Games.

He said, “I want to thank Ghanaians, the Minister of Youth and Sports, the President for the massive support given the team at the Olympic Games. We were able to lift the flag of Ghana high in Tokyo. For about 50 years with no medal in boxing, Samuel Takyi chalked that achievement. Takyi placed Ghana at the medal zone.

“Athletics and the other disciplines did well too, though there was no medal. Since 1996, Ghana hasn’t been to the finals in athletics but this year, that jinx has been broken.

The Director-General said, with the continuous investment in sports, the aim would be to qualify more athletes to the Paris Olympic Games in 2024.