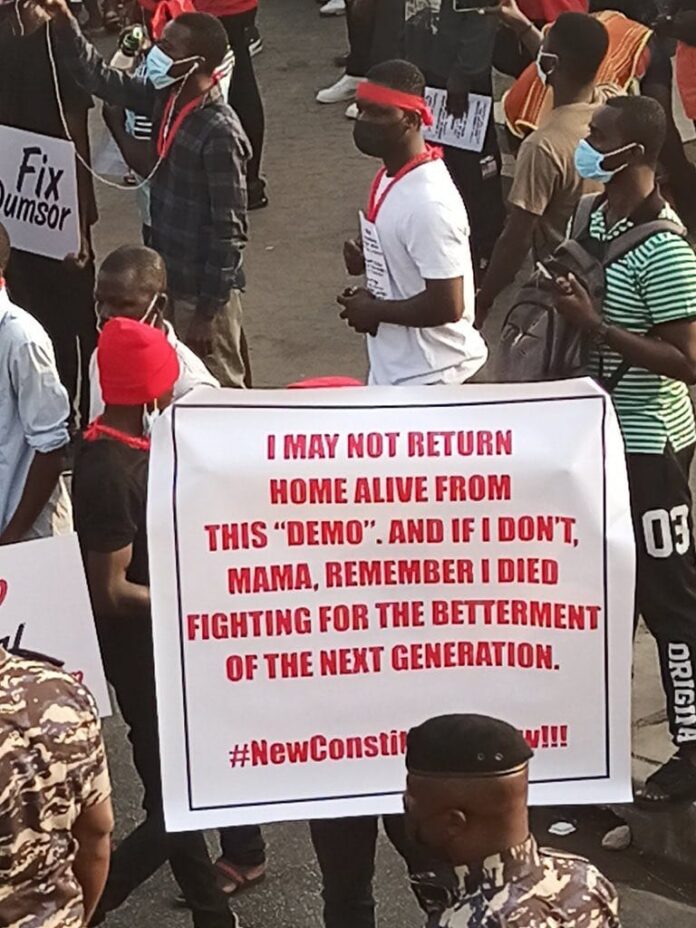 The #FIXTHECOUNTRY demonstration is currently underway in Accra with scores of people in attendance.

Many of the protesters are clad in red with placards asking the leadership of the country to do better. They are holding placards many of which are raising concerns over the levels of corruption and under-development in the country.

Others are directed at youth development and unemployment. A few others are however directed at the conduct of the citizenry and the need to do better.

The group, made up of mainly the youth and social media activists, is demanding better standards of living and good governance.

On Monday, the IGP Dr George Akuffo Dampare assured them of police protection throughout the march.

“We went over the routes earmarked for the protest from Obra spot (Circle) — Farisco Left — TUC — Kinbu Senior High School – Centre for National Culture – to Independence Square.  We also explained that we have recruited and trained marshals who will be assigned to liaise with police on anything and to guide the crowd. On COVID-19 protocols, the marshals will be in charge of making sure everybody wears their masks and maintaining distance,” the group said in a statement Monday.