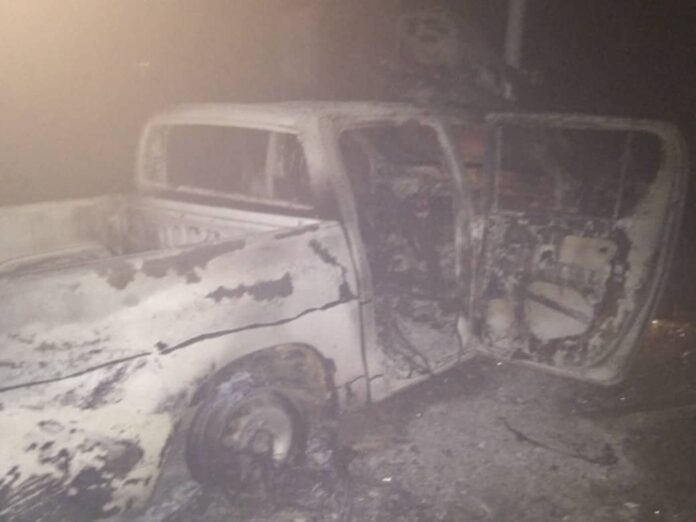 Three persons have died in a ghastly road crash that occurred at Vume near Sogakope, on the Accra-Sogakope highway at about 6:30 pm on Tuesday, 3 August 2021.

The deceased persons who are yet to be identified were plying the route in a tricycle (aboboya) when an over-speeding vehicle from the Sogakope direction with registration number GW 8151-18 collided with the tricycle killing all three persons on the spot.

Starr News has gathered that the vehicle was being driven by Dabala junction-based customs officers who were pursuing another vehicle suspected to be carrying some smuggled goods.

According to some eyewitnesses, some youth in the area who became agitated over the incident set the vehicle ablaze, a situation that forced the deployment of some military and police personnel to the scene to restore calm.

Meanwhile, the Sogakope police commander has declined comments on the issue when Starr News’s Faisel Abdul-Iddrisu contacted him.

Bodies of the victims have since been deposited at the Sogakope District hospital for preservation.