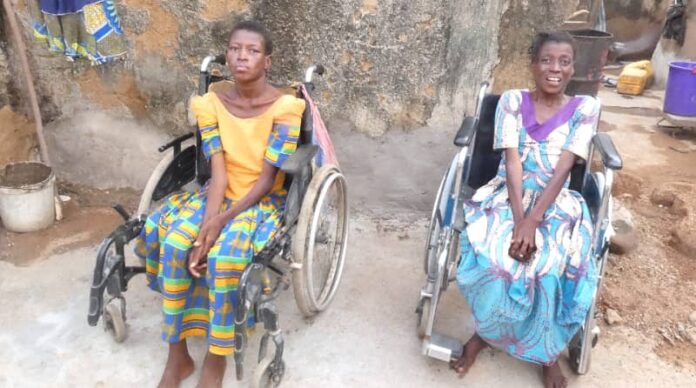 A tearful widow is appealing to the public to come to the aid of two daughters who became crippled ‘mysteriously’ in the Upper East Region.

Madam Janet Abotsi told Ngamegbulam Chidozie Stephen, a journalist with Apexnews Gh-TV in the region, that she had searched in vain for both medical and spiritual cure for Ayine and Paulina’s condition.

“Paulina became a cripple after she said she caught sight of a snake. She has remained paralysed since then. Even though Ayine was disabled, she still was managing to move about. Somebody took advantage of her situation by impregnating her. Her condition grew worse. She could not move about anymore. She has become crippled to date,” she said when the journalist visited the family at Atulbabisi, a community in the Upper East regional capital, Bolgatanga. 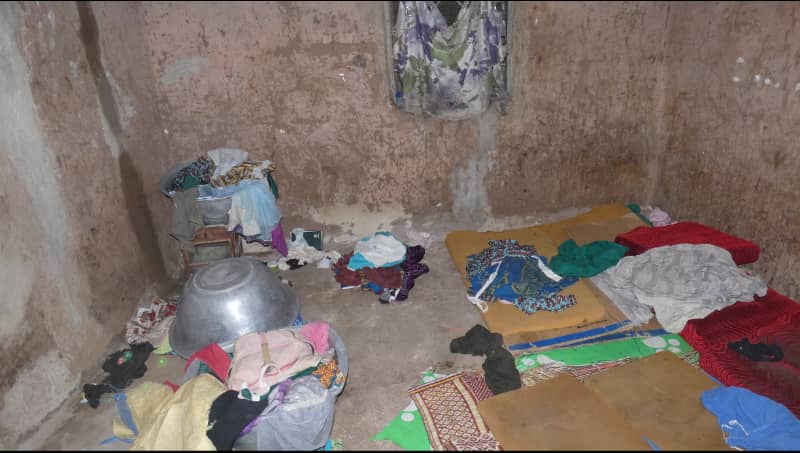 The widow sells fried yam and bean-cake to look after the girls. Whilst she is busy selling, the helpless girls excrete on themselves in her absence. Their dwelling place, built with mud-bricks, is falling to pieces. 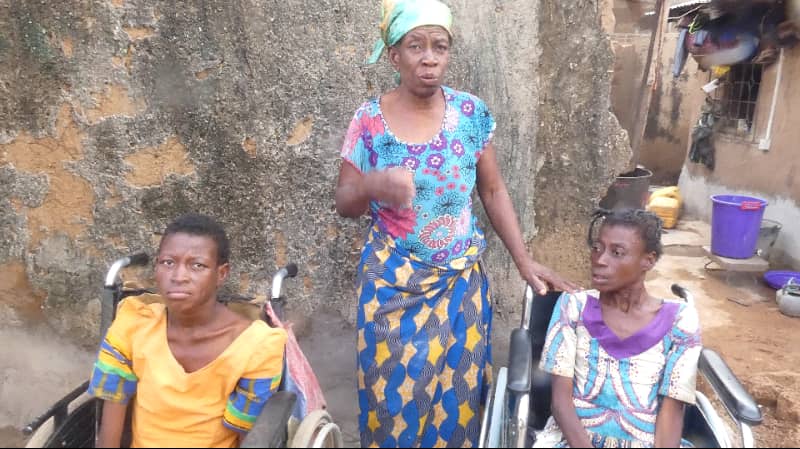 “I am pleading with the public to support my children. As a widow, I’m struggling to feed them. I have taken them to hospital and church but their condition is still the same. The burden has gone beyond unbearable for me and these children,” Madam Abotsi pleaded.