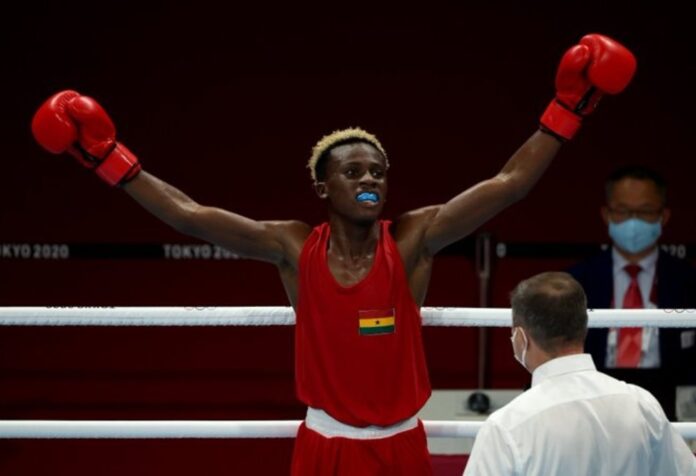 Ghana’s Samuel Takyi will take on USA’s Ragan Duke in the semi-finals of the Men’s Featherweight(52-57kg) in the 2020 Olympic Games in Tokyo.

Samuel Takyi, 20 years outclassed his Colombian opponent David Ceiber Avila 3-2 to secure a quarter-final win to book his ticket into the medal zone.

His opponent Duke, 23 year old started his journey in Tokyo with a hard-fought 3-2 victory over French boxer Samuel Kristohurry in the preliminaries before advancing to meet Kazakhstani Serik Temirzhanov on a 5-0 score.