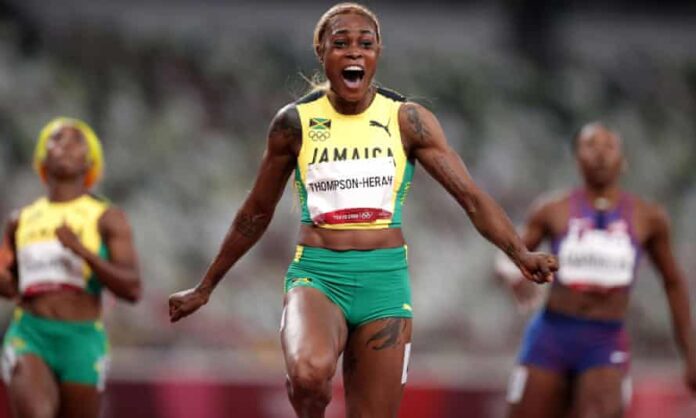 Jamaican Elaine Thompson-Herah is on course to complete a sprint double after equalling her personal best to qualify for the women’s 200m final.

The 100m champion clocked 21.66 seconds to lead the qualifiers for the final with silver medallist Shelly-Ann Fraser-Pryce also safely through.

Laura Muir and Katie Snowdon advanced to the semi-finals of the 1500m.

Thompson-Herah looked impressive in her race but in the final, as well as Fraser-Pryce, Marie-Josee Ta Lou of Ivory Coast and impressive Namibian teenagers Christine Mboma and Beatrice Masilingi will all challenge.

Beth Dobbin, Britain’s sole representative in the event after Dina Asher-Smith’s withdrawal through injury, finished fifth in her semi-final in 22.85 secs.

The 100m bronze medallist Shericka Jackson failed to make it to the semi-finals after dramatically easing down too soon in her heat, missing out on qualification by four one-thousandths of a second. 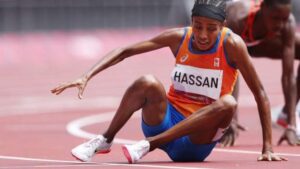 In the pole vault, Bradshaw, who is aiming to win her first major championship medal outdoors, needed just one attempt at 4.55m to secure her place in Thursday’s final.