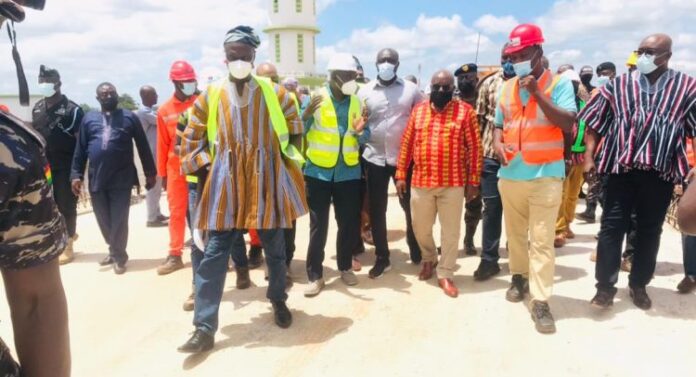 Work on the Tamale Interchange is progressing steadily as Engineers working on it say 80 percent of the work so far has been completed.

According to the project site engineer, Ing. Dogbete,  in the next three months, the last Slap of the total 19 Slaps will be completed after which the southern and northern parts of the facility will be joined together.

This came to light when President Akufo-Addo inspected the project as part of his two-day tour in the Northern region.

“In total we’re doing 19 SLAPS and where we are in the last SLAP. Every slap takes us 3 months, in the last 3 months of the year we will finish the last slap”.

“After the last SLAP we will join the southern part of the road to the Northern part. we can even put the asphalt and we can open it for use while we work on the ancillary facilities”.

Meanwhile, President Akufo-Addo has also inspected some inner roads that are being rehabilitated.