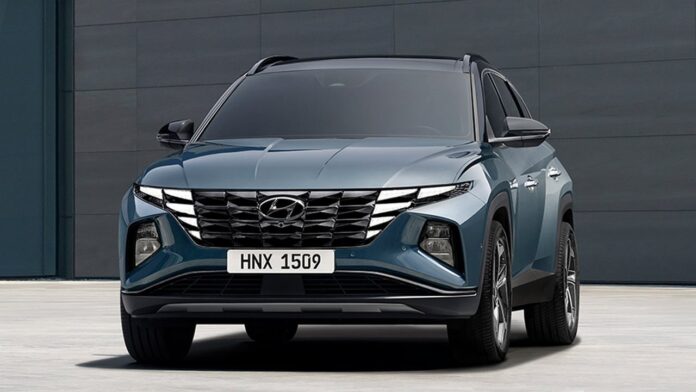 The Stallion Group, operators of Hyundai Motors and Investments Ghana Ltd., has launched the all-new 2021 Hyundai Tucson in Ghana.

Mr Ganesh Phadale, the General Manager of the Stallion Group, speaking at the launch last week, described the new Tucson as the real definition of a Modern Premium Brand.

The General Manager stated that the starting price for the vehicle is currently, GHS228, 000 as showroom price and standard model is GHS186, 000.

He said Hyundai has done a good job by manufacturing amazing models of cars in 2021 and the onus now falls on the Ghana office to give good quality service to its customers in order to make them happy not only because they are buying such elegant vehicles but also to get quality after sales service form all Hyundai vehicles.

“Frankly speaking, after seeing the new Tucson 2021 model, I have realized the meaning of “Love at first sight”.  This is the model which doesn’t really require any introduction or description, because as soon as you see the vehicle, you shall automatically fall in love with it.”, the General Manager told the media

Meanwhile Ganesh Phadale has congratulated the Government of Ghana and Health Service providers for how they have handled the COVID-19 pandemic since the country recorded its first two cases in March 2020.

He said “I must congratulate the Government of Ghana, Doctors and Health workers for controlling COVID-19 in Ghana and we all are grateful for their services”

On the outside, the 2021 Hyundai Tucson looks nothing like its predecessor. It follows Hyundai’s Sensuous Sportiness design language, but also features flourishes of what the company calls ‘parametric dynamics’, which adds jewel-like surfacing to the Tucson’s exterior.

It also features a parametric grille that incorporates half-mirror type LED daytime running lights that are only visible when they’re switched on. When the Tucson isn’t running, the DRLs appear to be an extension of the grille surface, with the projector headlights mounted lower in the front bumper.

At the back, the T-shaped tail-lights – linked by an LED light bar that spans the width of the Tucson – also features half-hidden triangular shapes that are only visible when lit. The rear wiper is hidden neatly underneath the spoiler, the bumper sports a diamond-pattern finish, a faux diffuser and twin chrome exhaust tips. All in, the new Tucson has ditched the current-gen model’s rounded, bulky appearance for a design that’s decidedly more aggressive and in-your-face.

On the inside, the 2021 Hyundai Tucson has almost nothing in common with the third-gen SUV, just like the outside. It adopts a minimalist approach, and ditches most physical controls for touch panels.

Standing out on the wraparound dashboard are a 10.25-inch digital driver display, a 10.25-inch touchscreen infotainment system and the functions for the automatic climate control system are accessed via a touch panel mounted below the screen.

There are a few physical buttons on the centre console for seat ventilation and other functions, and there is no traditional gear lever – it has been replaced by buttons.

As before, the new Tucson continues to be a 5-seat SUV, and in terms of features, it packs wireless smartphone charging, a panoramic sunroof, air purifier, 64-colour ambient lighting, 360-degree cameras, memory function for the driver’s seat, powered controls for the rear seat passenger to adjust the front passenger’s seat, rear AC vents, a digital key (which lets owners unlock the car with their smartphone), Blue-Link connected car features, voice recognition, a dash cam and a Bose sound system, to name a few.