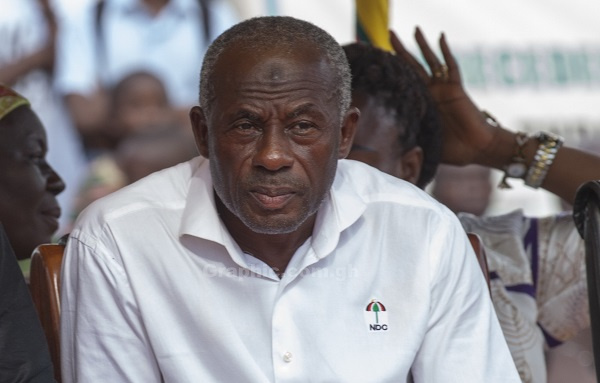 The former Minister of Works and Housing Alhaji Collins Dauda has been admitted to a self-recognizance bail in the Saglemi Affordable Housing project case.

He was granted bail after he pleaded not guilty to charges including causing financial loss to the state and was ordered to deposit his Ghanaian passport to the registrar of the court.

Kweku Agyeman Mensah, also a former minister of Works and Housing and Alhaji Ziblim Yakubu, Chief Director of the ministry was granted bail in the sums of $65 million each.

In addition, they are to produce three sureties one of whom should be a public officer.

Andrew Clocanas Executive chairman of Constructura OAS Ghana Limited who is the fourth accused person was also admitted to bail in the sum of $179M with three sureties one of whom should be a public servant.

Nouvi Tetteh Angelo, the fifth accused person was admitted to bail in the sum of $13M dollars with three sureties.

The case has been adjourned to October 13.