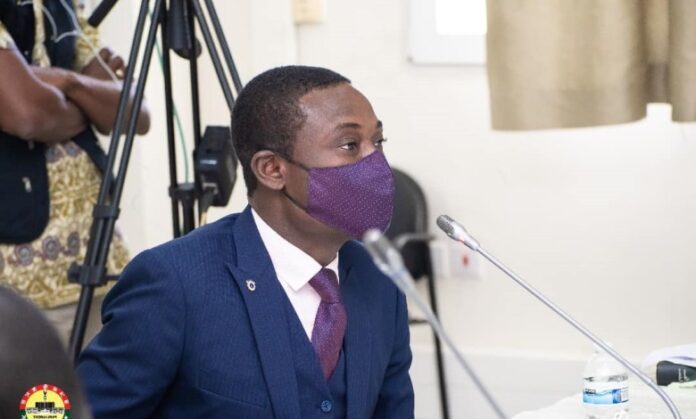 Parliament has unanimously approved the nomination of Kissi Kissi Agyebeng as Special Prosecutor.

The President will have to swear him in order to enable him begin work as Ghana’s 2nd Special Prosecutor following the resignation of Martin Amidu.

“The committee unanimously agreed to recommend him [Kissi Agyebeng] to the House for approval,” Chairman of the Committee Joe Osei Owusu said during the submission of his report to the House on the nominee.

Mr. Agyebeng is a private legal practitioner with nearly 19 years standing at the Ghanaian bar. He is also a law lecturer.

Special Prosecutor-nominee Kissi Agyabeng says he cannot stop corruption but will make it a costly venture.

He told the appointments committee at his ongoing vetting that not even God can stop corruption.

“Hon. Chair there was a reference to heavy shoes of a named individual. Hon. Chair I’ll like to state that I will prefer to wear my own shoes in the sense that I am my own man and I’m coming with my own experiences and professional training.

He went on “in this quest, my conscience and knowledge of the law are going to be my guide. My strategy is that Hon. Chair I’m not naive to assume that I’m coming to stop corruption.”

”There’s no way I can stop corruption. God Himself will not even acclaim to that. But I’m going to make corruption very costly, very very costly to engage in’” he stated.

Kissi Agyabeng, a criminal law lecturer, and a practitioner will replace Martin Amidu as the second Special Prosecutor Ghana has had.