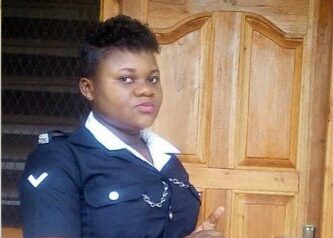 A policewoman has been found dead in a hotel at Nkawkaw in the Eastern region.

Starr News has gathered that the Manager of the hotel Richard Nimoh on Saturday, August 7, 2021, reported at Nkawkaw Central Police station that the policewoman booked and lodged at the hotel. She was later found dead in the hotel room at about 7:00 pm. 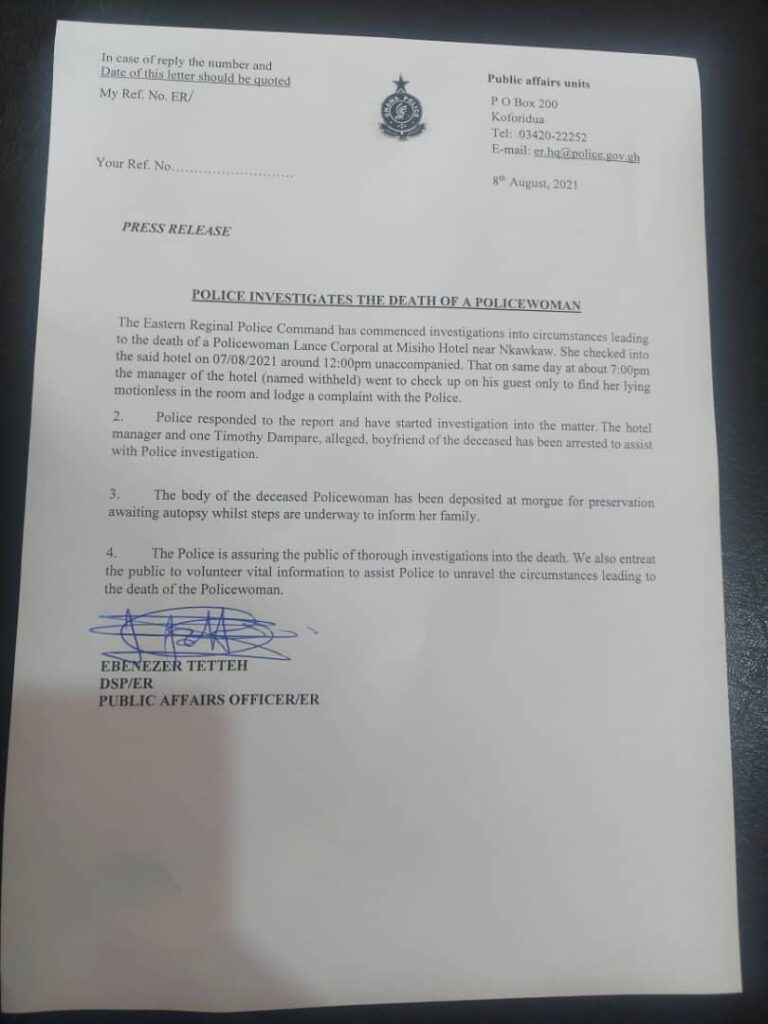 Police together with the complainant proceeded to the scene and found the deceased dressed in a multi-colored straight dress over black underwear with a pair of black slippers and lying dead in a prone position on the floor.

The body was inspected and blood was found outside the nostrils with a swollen right cheek, a police report said.

Timothy Dampare is reportedly related to the IGP.

The body has been conveyed to the Police Hospital morgue in Accra for preservation and autopsy while the investigation continues.

The incident is happening less than a week after another policewoman Constable Sandra Asiedu was allegedly murdered at Damango.

According to a Police statement, she was found in a pool of blood with wounds believed to be knife stabs.

An amount of Ghc10,000 bounty has been placed for the arrest of her boyfriend who is the prime suspect and at large.