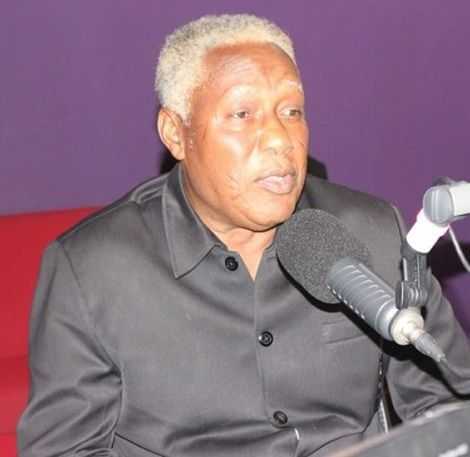 A member of the National Democratic Congress (NDC), Mr Benjamin Essuman has filed a petition against former NDC Member of Parliament and current Member of the Council of State, Enoch Teye Mensah.

The petition, which was addressed to the National Chairman of the NDC and the General Secretary of the party, was presented to the party’s secretariat at the National Headquarters, on Thursday, August 5th.

Mr Essuman in the petition referred to an interview that Mr E.T Mensah granted on Metro TV’s Good Evening Ghana, on Tuesday 3rd August, in which the former MP and former Minister rubbished the claims of NDC and its National Communication Officer on the Saglemi Housing project describing it as outright falsehoods.

The petitioner cited provisions in articles 47, 48 and 49 of the NDC Constitution as the legal basis for his action and also grounds upon which Hon. ET Mensah must be dragged before the Disciplinary Committee.

He is further demanding that Mr ET Mensah per his conduct, be sanctioned for what the NDC Constitution describes as ‘anti-party behaviour’.

Below is the petition.

I write as the NDC Branch Secretary of New City Lodge B, Taifa, in the Dome Kwabenya Constituency, and hereby invoke my rights under Article 49(1) of the Party’s constitution which states: “Any member who has reasonable grounds to believe that another member or other members of the Party are in breach of the provisions of Clause 8 of Article 48, may lodge a petition in writing to an appropriate Executive Committee for redress.”

Mr. Chairman, I bring to your attention that on 3rd August, 2021, a former National Youth Organizer of the party who was the Minister of Youth and Sports, and who is a former Minister of Employment, former Minister of Works and Housing and also former NDC Member of Parliament (MP) for Ningo Prampram between 1993 and 2017, Hon. Enoch Teye Mensah, extremely misconducted himself as a leading member of the party and therefore must suffer the consequences thereof.

Regardless of all the high ranking positions occupied by Hon Enoch Teye Mensah, he is subject to the dictates of the Party’s Code of Conduct as stated in Article 48(1) and (8) of the Party’s Constitution, especially with Article 48(8) stating: “A Party member may be subjected or may be made subject to Party discipline for any of the following:
(a) breach of any of the provisions of this Constitution
(b) anti-Party conduct or activities likely to embarrass the Party or bring the Party into hatred, ridicule or contempt.

ELEMENTS OF MY PETITION

On 3rd August, 2021, Hon Enoch Teye Mensah was a guest on Good Evening Ghana, a socio-political show on Metropolitan Television (Metro TV) and made presentations that did not only contradict the official party position of the party, but he did injure the reputation of the NDC party and its leading members. (Exhibit attached).

Hon. Enoch Teye Mensah on Metro TV and in reaction to a statement issued by the party’s National Communication Officer, regarding the Saglemi Housing project, categorically denied his role captured in the statement and went further to say that the Party officer “lied”. (Exhibit attached)

Mr. Chairman, I am alarmed and feel humiliated by the conduct of Mr. Enoch Teye Mensah, which has scandalized the peaceful and progressive state of the NDC.

In my reading of Article 47 of the Party’s constitution which deals with the code of Conduct for Party members, I find the conduct of Hon. Enoch Teye Mensah to be in direct conflict with 47(a), 47(b) and 47(e).

For the avoidance of doubt, Article 47(a) says “Each Party member shall faithfully comply with and apply the following rules of conduct: (a) ensure the unity and cohesion of the Party at all times.”

Mr. Chairman, by going on national television to oppose the contents of a statement issued by a national officer and much so describing the National Communication Officer and others as spreading “lies” Hon. Enoch Teye Mensah did not ensure “the unity and cohesion of the Party”.
Again, by his decision to go on TV with the intention to contradict the statement issued by the Communication Officer of the Party, Hon Enoch Teye Mensah “defend the name of the Party as well as its decisions” as demanded under Article 47(b).

Finally, the statements uttered by Hon Enoch Teye on Metro TV to oppose the position of senior party officials and functionaries, are in clear violation of Article 47(e) which states that Party members must: “show loyalty to the Party at all times”.

Yours in the service for the motherland,