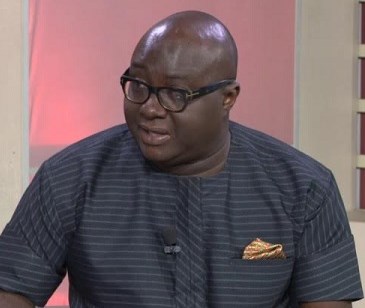 The Free Zones Authority is a public service institution designed to promote the processing and manufacturing of goods through the establishment of Export Processing Zones (EPZs).

It is also mandated to encourage the development of commercial and service activities at sea and airport areas.

Michael Oquaye Jnr served as the ambassador to India during President Akufo-Addo’s first term in office.

He lost the Dome-Kwabenya constituency seat in the NPP primaries to incumbent Lawyer Sarah Adwoa Safo in the run-up to the 2020 elections.

Dr Michael Aaron Oquaye Jnr. is Ghana’s immediate past High Commissioner to India. He had concurrent accreditation to Bangladesh, Sri Lanka, and the Maldives. Dr Oquaye is a Lawyer (Barrister) by profession. He is an International Investment Corporate Lawyer with extensive experience in Project Finance, Infrastructure, Mergers and Acquisitions, General Contract and Commercial Transactions.

His Global experience is mainly focused on emerging businesses and markets – Countries of Business include UK, USA, ECOWAS Region, and South Africa.

His varied areas of Legal Practice are in the Sectors of Energy (Oil and Gas, Biofuels, and Renewable Energy) Media and Technology, Telecommunications, Commodities, and Agri-Business among others.

His work experience spans many years in both the UK and Ghana. His last job in the UK was at 9 Kings Bench Walk, Chancery Lane, London, where he worked with Renowned Barrister AI Mustakim.

In Ghana, he is currently a Legal Practitioner at Exusia Law Consult with renowned lawyers such as Dr Yeboa Amoa (First Managing Director of Ghana Stock Exchange) and Mrs. Essie F. Cobbina (Cocoa Board Ghana).

He was called to the Bar of England and Wales at the Honourable Society of Lincoln’s Inn and later called to the bar in Ghana. He holds a BL from BPP Law School in Holborn, UK, and an LLB from the Oxford Brookes University in Oxford.

He is also pursuing an LLM in Oil and Gas at Dundee University, Scotland, UK. He is married to Maureen Oquaye and they are blessed with three children.