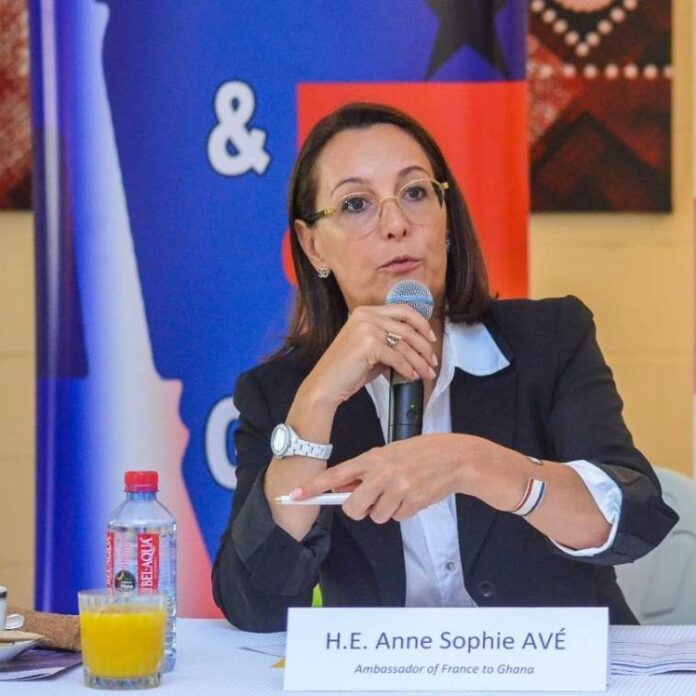 The French ambassador to Ghana Anne Sophie Ave has apologized to the LGBTQ+ communityity for hosting the Member of Parliament for Ningo Prampram Sam Nartey George on her ‘Touch Of France’ TV show.

Ambassador Ave was forced to delete social media postings she shared of her meeting with the lawmaker on the “Touch of France,” show.

Members of the LGBT community were dissatisfied that an ambassador will host a public figure who was promoting a law against what they say is a sexual orientation that France supports.

In the midst of the backlash, she locked her account and according to activists, went on a blocking spree of all persons who lambasted her for the incident. She has since unblocked her tweets and has also issued an apology for hosting the outspoken MP.

According to the August 9 apology via Twitter, she tweeted: “The French embassy in Ghana and Touchoffrance.gh promote France and the actions of France in Ghana. Our guests are ppl with an experience of France, and of FR Ghana relations, to share.”

She added, “Hosting MP S George was based on these sole criteria. I understand this has created a perception that we offered a platform to anti-LGBTQIA+ ideas: this is not the case at all. However, some people have felt offended and I wish to apologise for that.”

Sam Nartey George has become the face of a new anti-LGBTQ+ bill that is currently before Parliament.

He recently had an altercation with the Australian ambassador to Ghana, Gregory Andrews, who he accuses of being a champion of the gay rights movement in Ghana despite his actions being against the Geneva Convention.

He has been described by Ghanaian singer and LGBTQ+ rights advocate Sister Deborah as a backward thinker and supporting the new LGBT bill to “only score political points”.