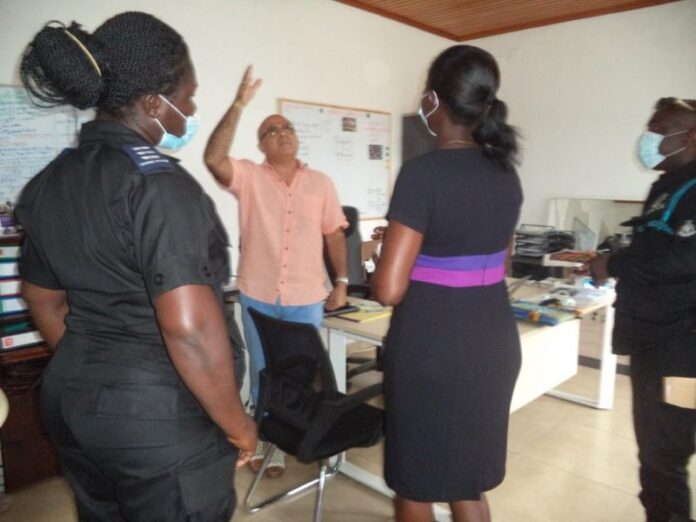 The National Insurance Commission (NIC) in a joint operation with the Ghana Police Service has arrested a Lebanese, Gabriel Medawar for operating an unlicensed Insurance broking firm contrary to section 109 of the Insurance Act 2021 (Act 1061).

The illegal company operating under the business name, Harmonia Insurance Group, carried out its operations in a private building near the West African Examination Council (WAEC) Office at North Ridge, Accra.

The Public Relations Manager of the NIC, Mr Mawuli Zobgenu, in an interview, said, Mr Medawar was arrested together with two other accomplices believed to be his employees.

He said preliminary investigations indicated that the suspect had been operating the illegal business unnoticed for a long time until some intelligence information led the NIC to tighten its loop on him leading to his arrest.

Further investigations also revealed that some unsuspecting members of the general public, including some renowned automobile companies, have been patronizing their services.

Mr Zobgenu said the Police are currently investigating the matter with the view to bringing the perpetrators of such criminal acts to book.

“When found culpable, the appropriate charges will be preferred against them and the commencement of their prosecution in a Court of Law”.

He cautioned the general public and corporate bodies to desist from transacting business with entities not recognized by law.

The Deputy Chief Manager (Legal) at the NIC, Mr Oliver Bio, bemoaned the tacit connivance of some motor underwriting insurance companies “who should know better” and cautioned that any such companies found culpable in respect of their business operations with Gabriel Medawar, Harmonia Insurance Group, would be dealt with accordingly.