Ken Agyapong is a coward for evading privileges c’ttee – Suhuyini 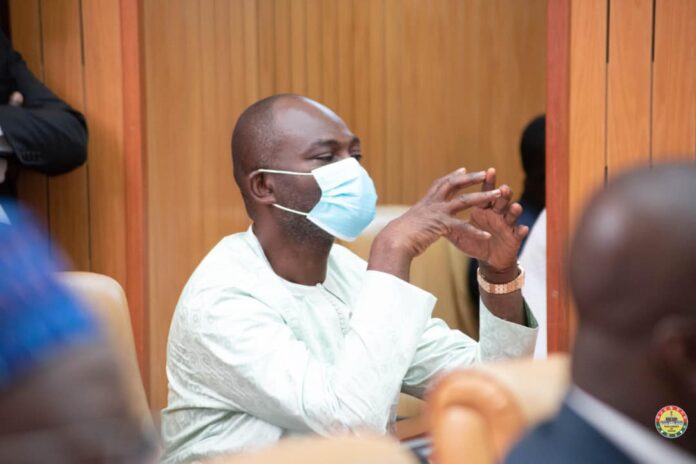 The Member of Parliament for Tamale North Alhassan Suhuyini has labeled Assin Central MP Kennedy Agyapong a coward for evading service from the privileges committee.

The committee hearing over inciting comments from Mr. Agyapong against journalist Erastus Asare Donkor scheduled for today had to be canceled because the MP could not be served.

Reports indicate that the firebrand MP has left the country.

Speaking Starr News, Mr Suhuyini who caused the speaker to refer the Assin Central MP to the privileges committee said the NPP MP deliberately left the country to avoid appearing before the committee

“I think it amounts to an act of cowardice, we have all known about this case for some time now, and looking at the bravery he shows, one would have thought that he will be eager to make himself available for the committee to serve him and for this matter to be dealt with and decided upon by the committee…so I find it quite disappointing that his bravery is only exhibited around that comfort zone around Madina.”

The Speaker of Parliament Alban Bagbin referred Mr Agyapong to the Privileges Committee of the House over threats on Multimedia reporter Erastus Asare Donkor.

He will be investigated to establish whether he was indeed in contempt of Parliament as reported.

This was after Tamale North MP Alhassan Suhuyini moved a motion for the Assin Central lawmaker to be referred to the Committee over what he calls inciteful comments against the Multimedia Journalist.

The NET2 TV owner, on the same station, had allegedly called for a ‘serious’ beating of Erastus Asare Donkor. He also threatened in a live telecast that if he (Honourable Agyapong) “were the president of Ghana, he would have ensured that Erastus Asare Donkor is beaten mercilessly”.

Moving the motion, Mr. Suhuyini said “order 78A reads ‘unless any order otherwise provides, notice shall be given of any motion which is proposed to make except the following: a motion relating to contempt of parliament.’ Mr. Speaker, I rise on this motion to pray you to exercise your powers under order 27 which also reads ‘notwithstanding anything contained in these orders, Mr. Speaker may refer any questions of privilege to the Committee of Privileges for examination, investigation, and report.’”

He went on “I, therefore, call on you to exercise your powers under Order 27 to refer Hon Kennedy Ohene Agyapong whose acts and conducts continue to offend the dignity of Parliament and bring it into disrepute as captured under order 30(2).”

The Speaker referring Mr Agyapong to the priveledges committee said “the House’s attention is drawn to the conduct of one of our members and under Order 27, which I want to quote says “notwithstanding anything contained in these orders, Speaker may refer any question of privilege to the committee of priveledges for examination, investigation, and report.”

“In spite of the word notwithstanding, the speaker in giving his discretion may request any question of Privileges. I think that’s why the honorable member is seeking my intervention to refer the matter to the privileges committee.”

“In the circumstance, I direct that this matter be directed to the committee of privileges for investigation and report, I so direct.”