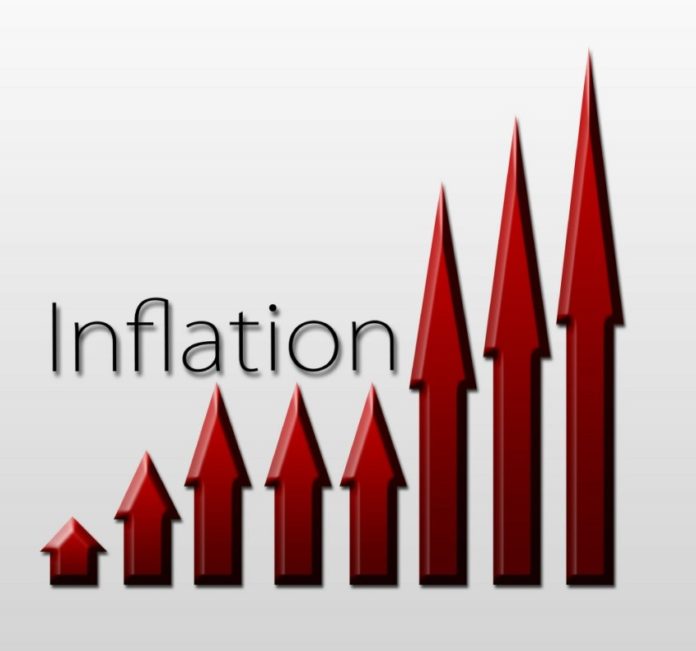 The Year-on-year inflation rate for July stood at 9.0 per cent compared to 7.8 per cent in June, the Government Statistician Professor Samuel Kobina Annim said on Wednesday.

Speaking at a press briefing in Accra, Prof Annim said food, housing and transport were the dominant drivers for the higher rate of inflation in July 2021.
Food contributed 47.0 per cent to overall inflation while transport’s contribution decreased from 18.1 per cent last month to 14.3 per cent.
He said the year-on-year variation between food inflation of 9.5 per cent and non-food inflation of 8.6 per cent was 0.9 per cent.
The Month-on-Month food inflation exceeded non-food inflation by 0.7 percentage points.
The Government Statistician said more than three-quarters of the rate of inflation recorded in July 2021 was contributed by food and non-alcoholic beverages, housing, water electricity and gas and transport.
He said inflation for locally produced items continued the dominance over inflation for imported items, by widening the gap between the two.
Inflation for locally produced items was 9.4 per cent while inflation for imported items was at 7.1 per cent.
- Advertisement -

Greater Accra’s persistent record of highest inflation for 16 consecutive months was halted as Upper West and Northern regions recorded the highest overall inflation of 13.8 per cent and 13.5 respectively.