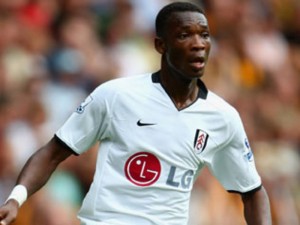 Former Black Stars and Fulham player John Paintsil says the incidents of alleged match-fixing that rocked the Ghana Premier League recently can be attributed to the financial challenges the clubs are facing.

The 2020/2021 Ghana Premier League season though ended with excitement, some controversies rocked it at the last minute. One of such is the allegation of the fixing of the AshantiGold and Inter Allies game which is still a talking point for many lovers of the game of football in the country.

In an exclusive interview with Starr FM sports, the former Fulham and West Ham defender attributed its occurrence to financial difficulties of teams and players in the local Ghana league.

“It’s not comfortable at all when as a football fan who loves the beautiful game of football, you hear incidents of match fixing on the airwaves, It’s a disgrace” he said.

John Paintsil said it’s a dent on the country’s reputation adding the financial problems plaguing the various clubs are a breeding ground for these activities.

“One major factor that encourages match fixing is the financial problems plaguing the clubs.
When a club gets more points and is assured of it’s safety in the league and needs money to pay it’s players and another team needs the points to avoid the drop, then match fixing comes to play.”

John Paintsil used the South African league as an example Ghana should be learning from to avoid this mess.
“In South Africa, no one cares if you’re relegated or not, it’s a professional game, the authorities there have money, they pay their players on time and so there is nothing of that sort there”.

John Paintsil played for Berekum Arsenal and Liberty Professional in Ghana before moving to Europe.