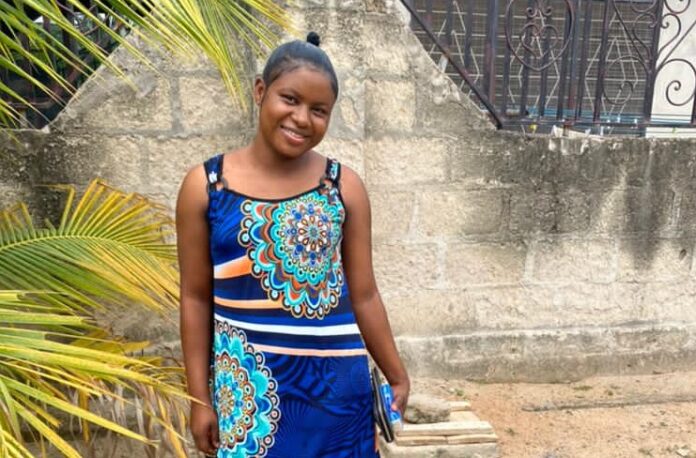 The husband who allegedly murdered his wife in cold blood at Bibiani Dagede in the Western North Region has been remanded into Police custody by the Bibiani Magistrate Court on Friday to reappear on August 27, 2021.

The Prosecuting Officer Chief Inspector Benjamin Owusu Agyemang told the Court Presided by His Worship Peter Dapileh Banoe that, on August 5, 2021, Police in Bibiani received a distress call from the Uncle of the deceased Mr. Enock Gyasi Ekoobah popularly known as Rasta that his nephew has been murdered in cold blood by unknown assailants in her room.

Police rushed to the scene and found the deceased in a pool of blood and after taken inventories, conveyed the body to the mortuary for preservation and autopsy.

The Prosecuting officer said preliminary investigation revealed that the deceased was allegedly killed by her husband Mr. Emmanuel Okyere Baffour, 28, a businessman who was married to the now-deceased Joyce Johnes Affi Jacika for two years and both resided in Kronum-Afrancho a suburb of Kumasi on Offinso Road.

According to him, the Police investigation further revealed that, before the incident, the deceased called her mother on phone to complain bitterly about the abuse she was suffering at the hands of the husband and stated among other things that, the husband beats her with a belt and sometimes even urinates into a Don Simon drink and forces her to drink.

However, the mother advised her to exercise patience and not to walk out of the marriage.

Fed up with the abuse, she packed out of the house early part of August this year to seek refuge in her parents’ house at Bibiani Dagede when the husband had travelled to Accra.

Upon the return of the accused husband on August 5, 2021, at about 11:45 am, he stormed the house of his in-laws and violently attacked the deceased with sharp metal and killed her instantly and went into hiding.

According to him on August 6, 2021, the police went to court for a warrant and through their collaboration with Kumasi Manhyia Zongo police, the accused was arrested at Oforikrom and handed over to Bibiani police.

He was arraigned before a court under a provisional charge of murder.