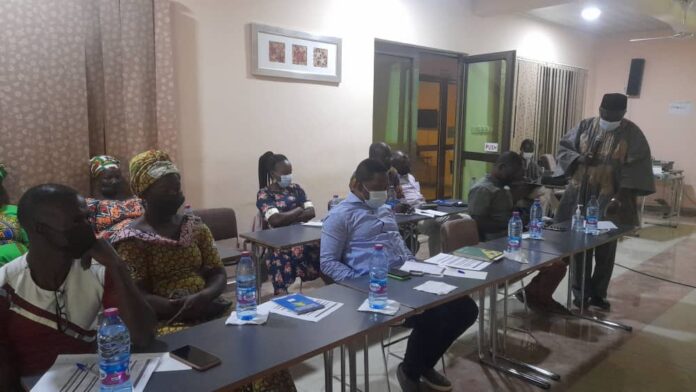 Government has heaped praises on the United Nations Development Programme (UNDP) and the National Peace Council (NPC) for creating awareness about the threats of violent extremism in Ghana.

The commendation follows reports about increasing movement of extremist activities southwards from the Sahel.

The government also spoke words of reassurance to the public over the raging spread of extremist acts of violence in the West African sub-region, saying the threat on the country should not be a cause for alarm.

“Let me seize this opportunity to commend the Regional Peace Council (the NPC’s Secretariat in the Upper East Region) and the United Nations Development Programme (UNDP) for your continuous support for peace building and [preventing violent extremism] in the region. We have followed with satisfaction your targeted sensitisation and engagement programmes in the region which are helping to douse tensions and creating awareness about the threats of extremism,” said the Upper East Regional Minister, Stephen Yakubu, on Wednesday.

“It is important to state that the threat of terrorism on our country is not a cause for alarm or [sadness] in any way. It calls for all stakeholders including government and communities to work together. Government is very much on the topic of security in the country and is doing everything to maintain the country’s stability,” he pointed out.

The message is contained in a speech read on his behalf by the Chief Director of the Upper East Regional Coordinating Council, Alhaji Mahamadu Azonko, at the opening ceremony of a three-day sensitisation programme on countering violent extremism jointly organised by Ghana’s National Peace Council (NPC) and the United Nations Development Programme (UNDP).

Sponsored by the Governments of the Netherlands and Sweden, the programme has in attendance women and youth groups selected from some communities in Bongo, one of the border districts in the Upper East Region. The participants are being informed how extremists can take advantage of any existing conflicts in their communities to creep into the country and how dialogue can be used to resolve such conflicts in order to keep the violent extremists at bay and the country terror-free.

He also challenged the youth of the region “especially those along the borders to work to secure lives and property”. “We must place patriotism and the peace of our country above all other considerations. We must close our ranks and prevent destructive foreign elements from breaking in to ply their trade,” the Regional Minister told the youth.