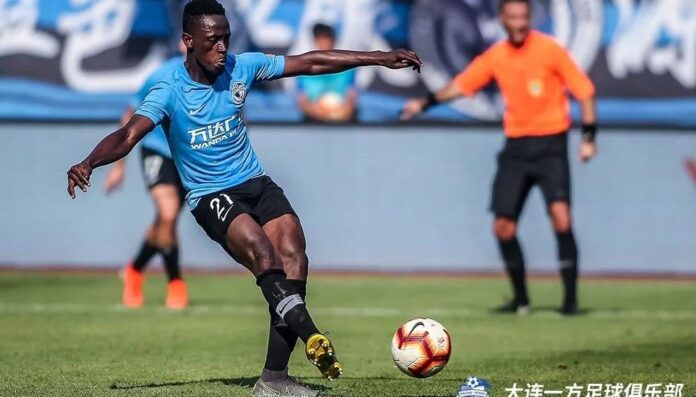 Ghanaian striker Emmanuel Boateng was on target for Dalian Professionals FC as they beat Tianjin Jinmen 3-1 on Tuesday in the Chinese Super League.

The former Levante hitman played for 83 minutes in the match before he was substituted when his side were cruising to victory.

Emmanuel Boateng scored the second of his team’s three goals on the day in their away fixture at Tianjin Jinmen Tiger.

Tao broke the deadlock of the match to put the visitors 1-0 up after seven minutes into the first half.

After the break, the away team kept pushing forward and got their second goal when the Black Stars striker converted from the spot kick three minutes after the hour mark to make it 2-0.

Liangming Lin made it 3-0 five minutes later but Magno Cruz scored a late consolation for the home team.

The former La Liga hitman has opened his goal scoring account in the Chinese Super League after five rounds of games in the current season.