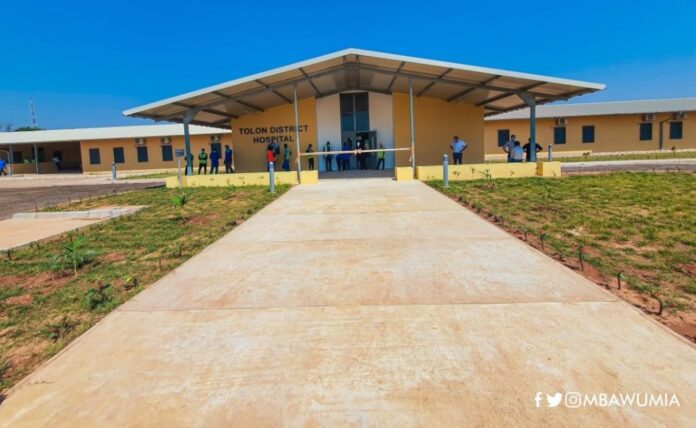 According to the chief, the hospital which was commissioned in November 2020, is still not operational due to the lack of necessary logistics. He has therefore appealed to the president to provide the hospital with medical consumables, seed capital and two pickups to enable it to commence work.

While commending the President for his efforts in completing the construction of the hospital, Tolon Naa said it will do the people of the area a lot more good if it’s operational.

A statement read on behalf of Tolon Naa said, “The construction of the Tolon hospital which is a modern edifice that will provide efficient healthcare to our people. Your excellency the Tolon district hospital was commissioned on the 23rd of November, 2020 by his excellency the vice president of the Republic of Ghana, Dr. Mahamudu Alhaji Bawumia but due to logistical constraints it is still not operational”.

It added, “We, therefore, want to humbly appeal to you to assist the hospital with the following; seed capital, medical consumables and two pickups for it to start operating. It’s with only good health that one can think of a purposeful living and now by the grace of Allah the government of Nana Addo Dankwa Akufo Addo have brought quality healthcare to our doorsteps”.

Tolon Naa made the appeal when president Akufo-Addo paid a courtesy call on him in his place during his two-day tour in the Northern region.

The Tolon District hospital was commissioned in November last year by vice president Dr. Mahamudu Bawumia prior to the 2020 general elections. Nine months on, the hospital is yet to commence work.