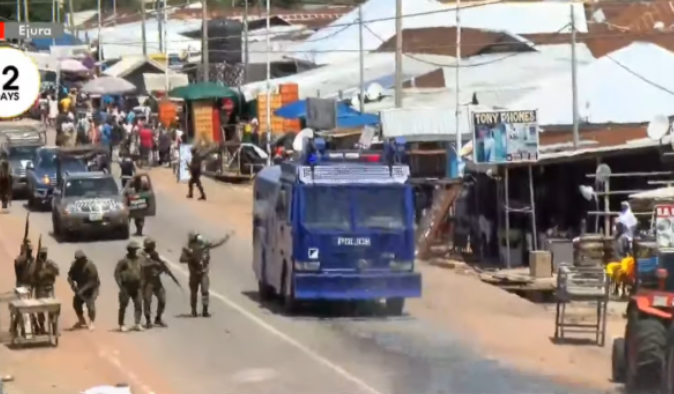 The Member of Parliament for Ejura Sekyeredumase, Bawa Braimah, has described as weak sanctions recommended by the Ministerial Committee which investigated the violence which claimed two lives and left others maimed.

As part of the recommendations, the committee is asking for the dismissal of the MCE. The families of the deceased and the injured are also to benefit from compensation per the Committee’s recommendations, according to a Citi News source who sighted the document.

The Committee also recommended the transfer of the District Police Commander for Ejura-Sekyedumase, DSP Philip Hammond.

The military officer who led the soldiers on the ground that day is also to face sanctions, the committee recommended.

For the future of policing in Ejura, the committee recommended an upgrading of police infrastructure at Ejura and the expansion of the police force in Ejura.

But Speaking to Starr News, the MP questioned why officers who fired into the crowd have been shielded.

Mr Bawa Braimah is nonetheless asking President Akufo-Addo to implement the recommendations of the committee regardless of how inadequate they might be.