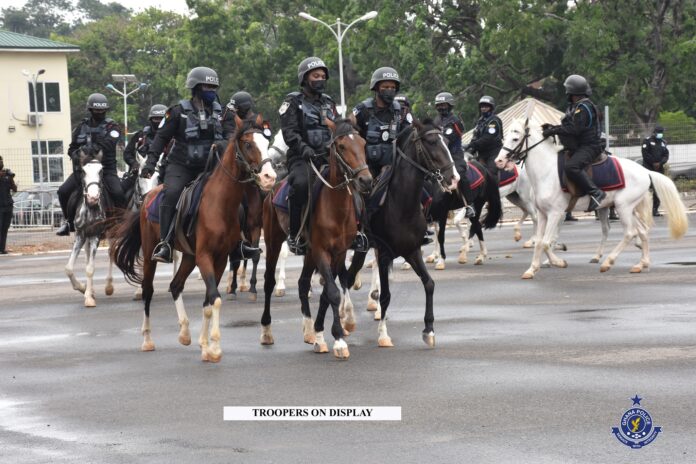 As part of efforts to strengthen the resolve to fight crime, the Acting Inspector-General of Police (Ag. IGP) Dr. George Akuffo Dampare, has today August 12, 2021 launched the Horse Patrol operations at the National Joint Operations Headquarters-Accra.

The patrol, which is part of the Ghana Police Service’s method of crime prevention and detection, will provide security in a friendly and interactive manner, with officers on horseback, to augment other patrol duties such as Community Foot Patrol, Motorbike Patrol, Visibility Patrol, and recently deployed Motorcycle Traffic Management and Mobility Teams in Tema and Accra, among others in our communities.

In a brief remark, the Director-General Information Communication Technology (ICT), COP. Mr. Edward Tabiri assured the officers of communication logistical support during their duty tours in order to communicate efficiently for assistance. 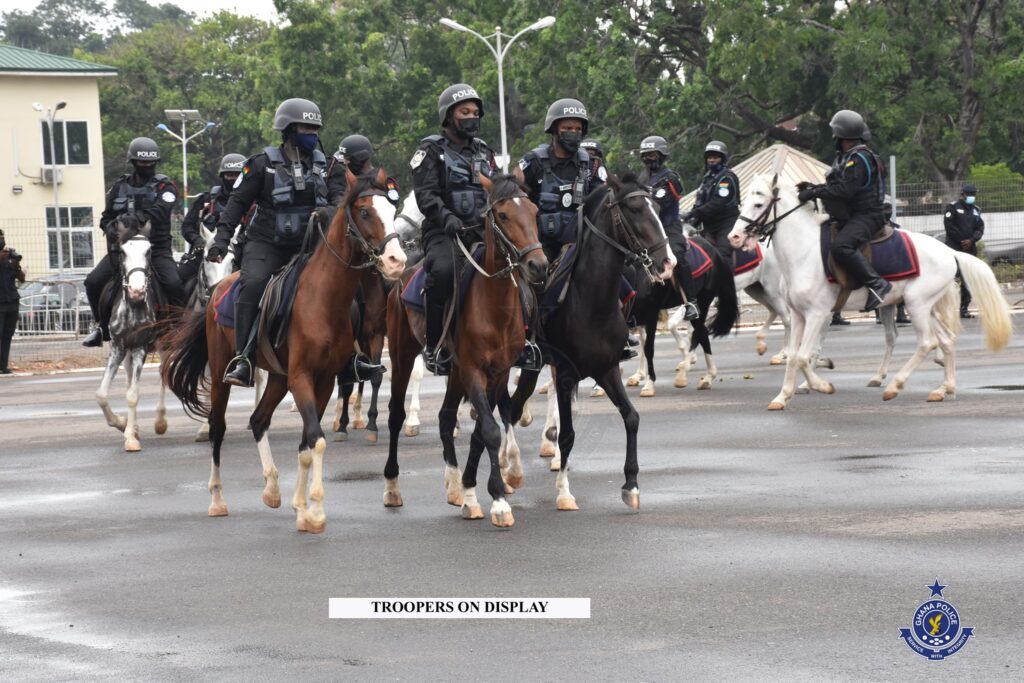 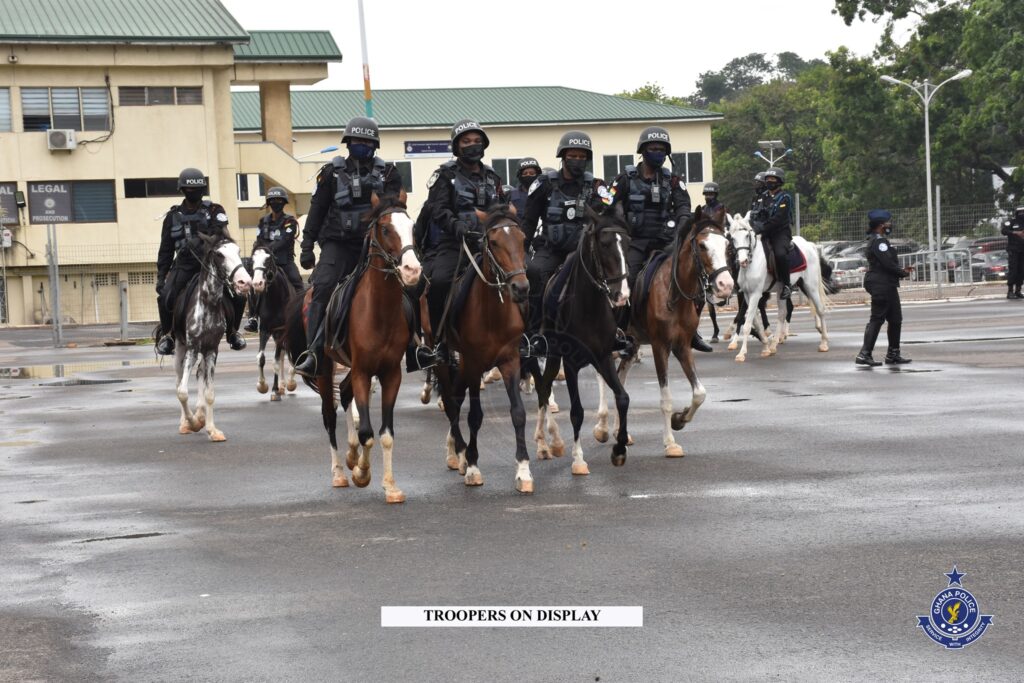 Speaking on behalf of the Acting Inspector-General of Police, the Director-General National Patrols Department (NPD), COP Mr.Yaagy Akuribah, advised the Police Officers (Troopers) detailed for such duties to demonstrate professionalism in all aspect of their work for excellent services. He reiterated that, the Troopers should assist in building the trust and public confidence within the communities since they are among the first point of call when it comes to security.