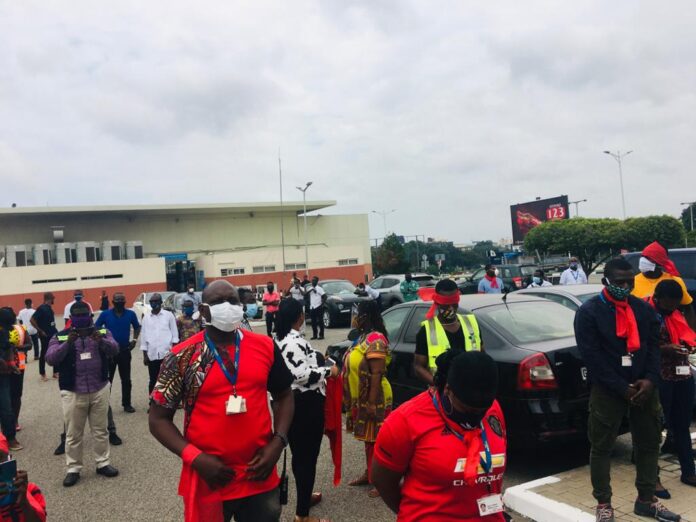 Workers of Ghana Airport Company are demanding the immediate release of their locked up deductions for Staff Welfare, Insurance, Credit union, and SSNIT benefits.

The demand follows a physical assault of a worker by the Managing Director for the company Yaw Kwakwa during a staff meeting over their 13-month arrears.

The said assault which was captured on video in possession of Starr News has heightened the agitations from the workers who have been demanding the removal of Mr. Kwakwa over mismanagement for a while now.

SSNIT has, however, sued the Ghana Airport Company over its failure to pay the contribution of workers.

Speaking to Starr News about the development, the chairman for the local chapter of the Public Services Workers Union, Abdul Isaka Bamba described the physical assault on the worker as unfortunate.

According to Mr. Bamba failure to release the funds has brought untold hardship on staff who are unable to access loans from their credit union.