It has emerged that Health Minister Kwaku Agyemang Manu signed the contract for the purchase of the Sputnik V Vaccine before seeking the advice of the Attorney General (AG) as required by law.

The AG, according to documents sighted by Starr News, however, raised concerns over the fact the deal did not secure parliamentary approval as required by law.

Again, the AG raised concerns over the fact that the ministry had to go through a middleman to procure the vaccine instead of the manufacturer. 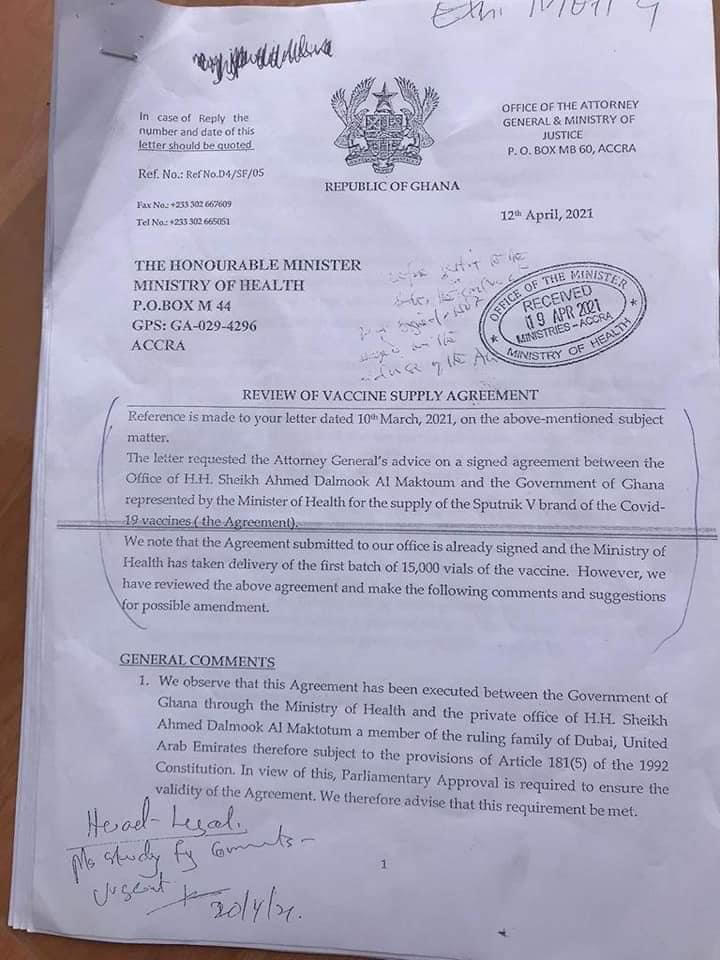 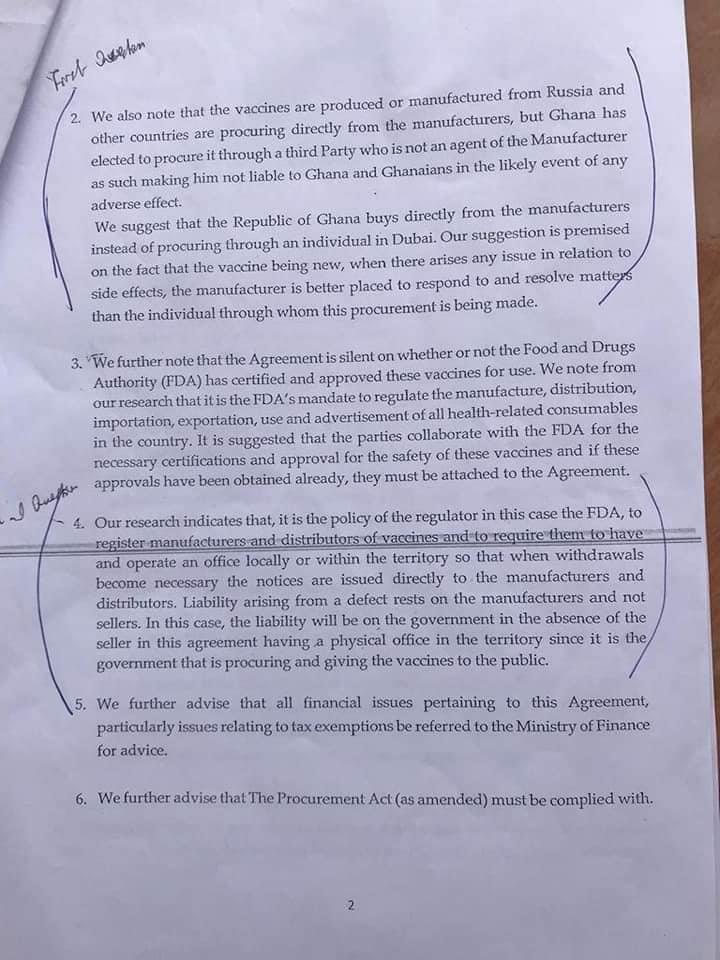 The Minister told the Ad Hoc Committee of Parliament tasked to probe the controversial Sputnik V vaccines procurement agreement that accumulated frustrations to procure the vaccines for the country compelled him to disregard parliamentary approval as required by Article 181 5 of the 1992 constitution.

When asked, “Ghana has an embassy in Russia, You are aware that it has a Trade minister, Russia has a diplomatic relationship with Kwame Nkrumah’s Ghana, yet you went ahead to sign a contract with a private person on the 9th of March to get vaccines from Russia before you wrote on the 23rd of March to the Russian minister of trade, and then on 28th of April to the foreign minister of Russia, will you say this was prudent under the circumstance?”

Mr Agyeman-Manu responded “the best at the time was what I did. For prudence, at the time of the pandemic and my frustrations, I would not say so. If it were now, that would have been different.”

He was then asked, “…that you used your best effort to get diplomatic channels to enable you to reach the manufacturer or the Russian authority directly, is that correct?” He replied “yes.”

Asked again if “you even did so by producing letters as evidence of such correspondence is that correct? You further indicated that it was after all those best endeavors had proved futile before you dealt with the Sheikh, is that correct? In his defense, Mr Agyeman-Manu retorted “that might not be correct. I dealt with the Sheikh before frantic efforts to get the vaccines from the right source.”

“So, were you being untruthful to this committee when you indicated that you used your best effort to get direct access to the manufacturer and the Russian authorities before you dealt with the Sheikh? He answered, “I quite remember I have said this anywhere, what I said was that I made efforts but I didn’t juxtapose the timing of the efforts that I made.”

Mr Agyeman-Manu was further questioned, “you stated to the chair of this committee that originally you were not even interested in dealing with private people and that it was after your best endeavors proved futile that’s when you dealt with a private person and the records are there to show.”

He responded: “that is correct. the best endeavors were not being done with the Russians. When we started looking for vaccines, we relied on COVAX and the Africa Medicines Supply Platform,these were not private citizens.”

“But when efforts from COVAX failed because India blocked their routes for export, and Africa Medicines Supply Platform indicated that they couldn’t supply any vaccines till August, I was then motivated to begin to look at private sector people to see if we can get the vaccines.”

He added, “after I had dealt with Al Maktoum, I started writing to try to find out from the right source to see if we can get it cheaper.”