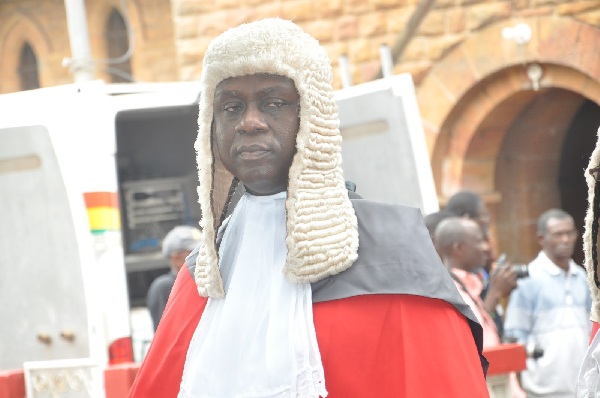 The office of the president has described as premature a petition by pressure group Alliance for Social Equity and Public Accountability (ASEPA) calling for the suspension of the Chief Justice.

In a letter, the president explained that there has not been any appointment of a committee to inquire into the petition submitted by ASEPA.

ASEPA had earlier petitioned the president to remove Chief Justice Kwasi Anin-Yeboah for being cited in an alleged $5-million bribery allegation.

Responding to the petition, the letter signed by the Executive Secretary of the President, Asante Bediatuo, stated that: “We are not aware of any law, rule or practise that requires a petitioner to be furnished with what you describe as vital information and, therefore, it could not have been contemplated that the information you requested in your letter could have been made available to you in any event.”

“In our view, having submitted the petition, nothing more is required of you in the matter to warrant any reports being made to you, further to our acknowledgement of receipt,” the letter added. 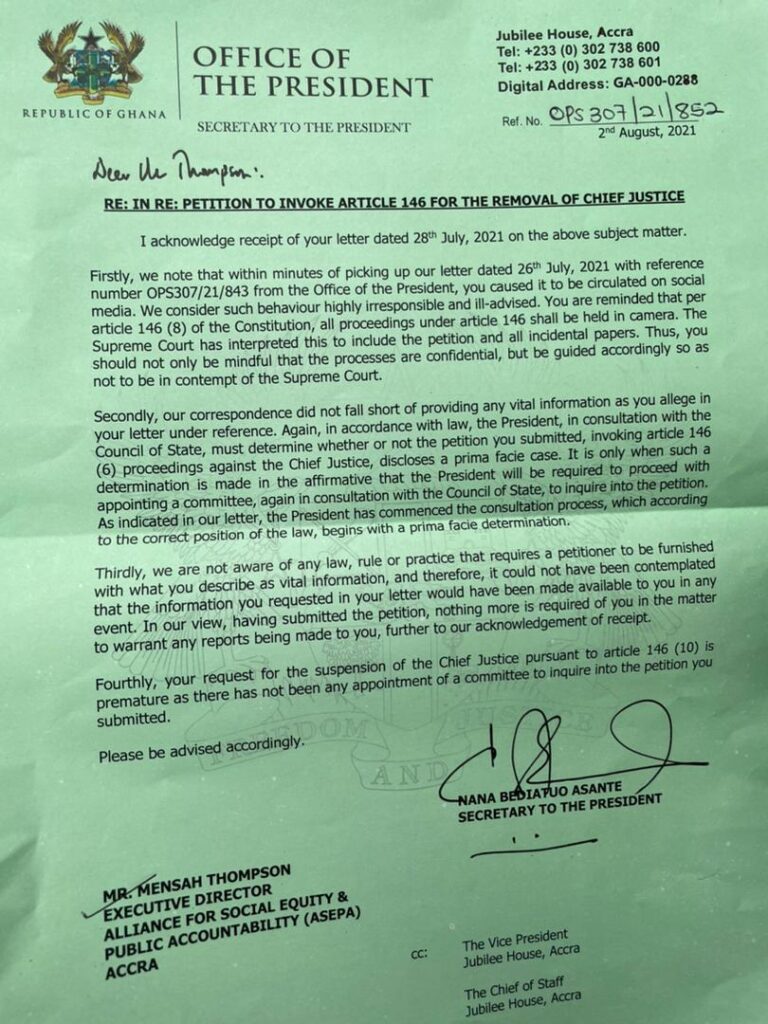 Meanwhile, Kwasi Afrifa, the lawyer who has accused the Chief Justice of bribery has sued the General Legal Council accusing the body of perpetuating illegality.

According to him, the Council’s meeting of July 15, 2021, which found him guilty of his bribery claims against the CJ is illegal and an act of injustice, Starr News sources have said.

He is praying the Accra High Court to set aside the decision of the GLC.

The GLC announced last week that Mr Afrifa was unable to prove his claims against the CJ when given the chance to do so. The lawyer is however challenging the claim.