Popular televangelist and leader of the Lighthouse Chapel International Bishop Dag Heward-Mills has apologized to the Ashanti Monarch Otumfuo Osei Tutu over an old sermon that appears to have provoked some Ashantis.

The said sermon, which has found its way onto social media, is said to be questioning the impact of the influential king on his subjects and community.

Some indigenes of the Ashanti region have raised concerns over the message with some retorting that Ghanaians do not pay taxes to the king hence he owes nobody a responsibility of development.

In an apology, the Preacher said: “I am deeply saddened that a message I shared at a conference, nearly 20 years ago, has been taken out of its context and circulated by persons who have previously declared that they will maliciously cause our churches in Kumasi to be closed down.

“I wish to apologize to His Majesty Otumfuo Nana Osei Tutu II for any disrespect, insult or harm caused him or his royal court. Please accept my profound apologies for the statements I made”. 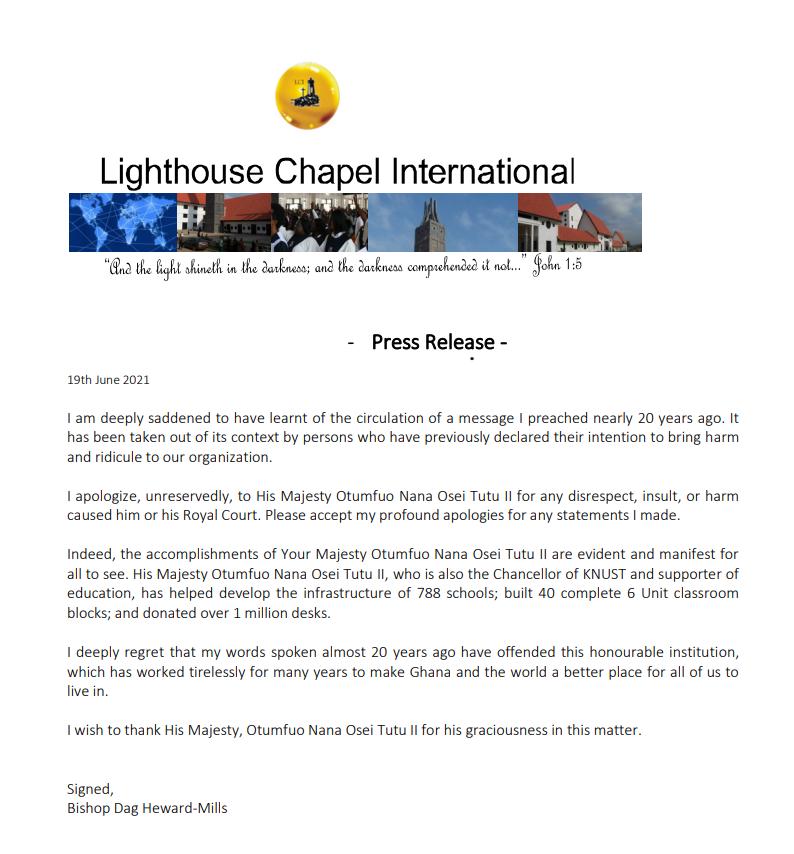 Bishop Heward-Mills has been in the news lately following reports of some misunderstanding between him and some of his pastors which has ended up in court. The pastors accuse the church of not paying their social security.