“Being in the industry for a decade now, I will say I have been my own inspiration. Of course, from time to time there are people that I have looked up to from my comedy days to event promotions and music production, but mostly, I have been my own drive because I have always been in my league and stayed unique,” according to Julian Asiedu who said this in response to what has been the inspiration behind his work over the years.

In his chat with TheAfricanDream.net from his Minnesota base in the United States (US) where Mr. Asiedu, popularly known by his stage name of Jagonzy is preparing the release of his maiden album, he also told TheAfricanDream.net that the reason for his self-motivation has mostly been based on the fact that he “…never follow the trend, I create and set my trend and as a result, my originality always sets me apart.“

Jagonzy who picked up the Promoter of the Year award at the 2019 Eastern Music Awards in Ghana is set on another big winning mission this year — the release of The New Chapter Album — his first musical album with some 26 songs and 90 DJs.

“My album will also have 5 music video directors and 7 music producers in total,” said the Metro State University in Minnesota graduate who holds a BS in information technology and is the CEO of JagonzyTV and Co-Founder of the Shutdown Franchise, an event and entertainment entity founded in the US with a base in Ghana, Jagonzy’s native country. 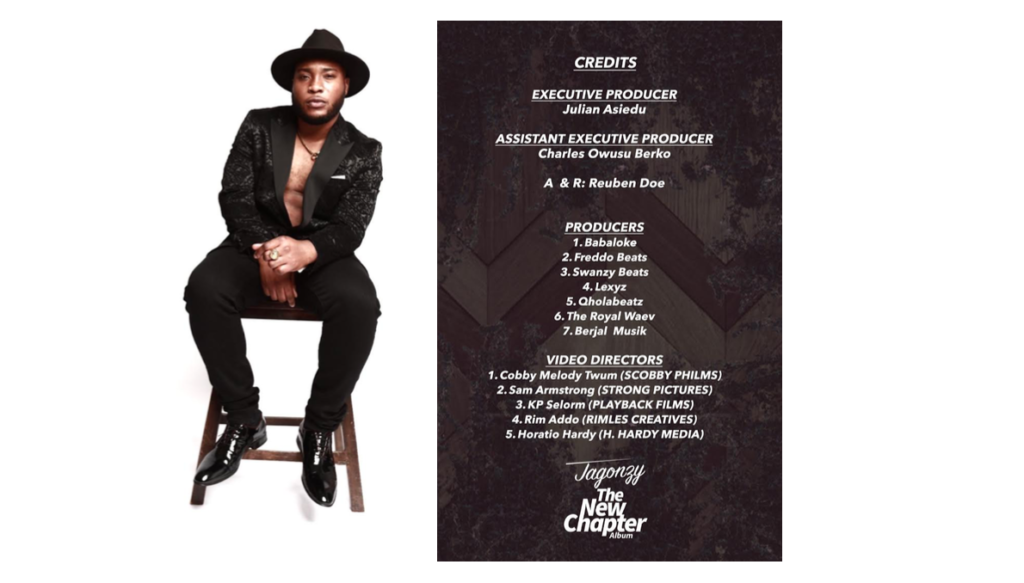 This album has been a long time coming for Jagonzy and his crew, it is a very huge project involving hundreds of people from over 3 different countries that started before COVID-19 hit. Things got hard for the crew during the pandemic, but under the leadership of Jagonzy, they stayed focused as they all shared their strong energy to get this body of work out.

“While we were working on the album we were also touring with Stonebwoy (multi-award-winning Afropop, dance hall, and reggae singer) last March so yeah, COVID-19 did hit us very hard. But we had a mission and thankfully no life was lost, today we can’t wait to celebrate the completion of this beautiful project and sharing it with the world — The New Chapter project will certainly live up to the exception of our fans and we know it will drive them into their respective new chapters of life post-pandemic…“

When pushed for more info about who was featured on the album, Jagonzy remained tight-lipped, leaving us with: “As Executive Producer for  on the project, The New Chapter Album, my assistant Executive Producer Charles Owusu Berko and I have made sure to bring together some of the big names in the industry from across various sections of the art of entertainment, just rest assured, this is going to be a good one with something on it for everyone.“

For someone who has worked with legendary Ghanaian acts like Kojo Antwi and other big-name acts from his native country including Bisa Kdei, Medikal, Kwaw Kese, Edem, Keche, Ruff and Smooth, Gemini, Article Wan, and curl Songs among others, we can only be patient and believe that The New Chapter Album is a going to be a banger. And yes, TheAfricanDream.net heard and saw a few of the videos and tracks from it, all we can say for now is that prepare yourselves, there’s a sweet storm on the horizon and you are going to love it.

For snippets and updates about the album, follow its executive producer across social media platforms like Facebook, Instagram, and Twitter as jagonzytv and grab/stream the album which will be released on all distribution platforms June 25 followed by the album release party on June 26.