by Christopher Sam
in LegonNews
495
SHARES
1.4k
VIEWS
Share on FacebookShare on TwitterShare on WhatsAPP

Many students who have been offered admission to pursue various courses of study at the University of Ghana (UG), Legon, Accra are stranded and going through a torrid time to find accommodation on the campus or in nearby hostels.

The situation is getting frustrating for the students, most of them teenagers, as they have to leave their search for accommodation on campus to participate in orientation for freshers, leaving their parents and guardians to take on the task of moving around the various hostels in search of a solution.
This year, the UG has offered admission to close to 11,000 students, but only 1,970 bed spaces are available in both the residential halls and the private hostels linked with the university, creating a situation where those who are unable to secure residential accommodation are left to find alternatives.
Not even those who had been offered the chance to secure accommodation through the log-in system have been able to solve their challenge.
A number of the affected students and their parents said the system of securing accommodation through a portal, as instructed by the university authorities, did not work, as it was virtually impossible to register for rooms online.

The UG has admitted the challenge with the portal registration, blaming it on the system being hacked. 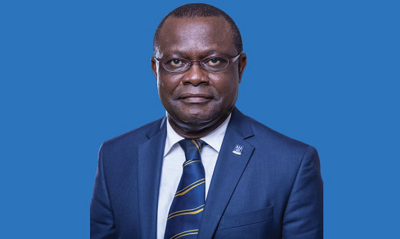 Prof. Ebenezer Oduro Owusu — VC of University of Ghana
Problem
Parents and guardians whose children and wards have not been able to secure accommodation at the residential halls are keen to pay to secure rooms in the designated hostels, but they have not been lucky, as those hostels do not have vacant rooms to offer.
A room in the traditional residential halls (Akuafo, Legon, Sarbah, etc) costs GH¢850 per academic year; in the designated hostels, such as Pentagon, a room costs GH¢3,000, while in the new halls it costs GH¢1,350 per academic year.
“We were told that we could register through the portal and we were given a particular time to log in. At exactly that time, my daughter and I tried several times, but we were not able to secure accommodation,” Maame Tawiah Mensah, a parent, complained to the Daily Graphic.
She said they spent the whole of last week looking for accommodation but so far they had not been successful.
Another parent said she and her daughter had gone round the various hostels around when it became obvious that the child could not secure accommodation, but the story was the same at all the hostels they went to on the campus.
“We don’t know what is happening. Everywhere we have gone to, hoping to find a solution, has the same response. It is getting frustrating. At the moment we feel stranded,” she said.
Observation
Most of the fresh students were hurrying for the orientation when the Daily Graphic went to some of the halls to find out about the situation.
Clearly out of frustration, every student approached did not want to stop and talk but hurried to the venue for the orientation.
“How can we have the peace of mind to study and complete assignments if we have no places to lay out heads?” one blurted out angrily as he walked past.
A doctoral student in Human Resource Management (HRM), Mr David Nasere, told the Daily Graphic: “Even graduate students are affected by this crisis.”
A visit to the Valco Trust Hostel (Phase 2), which is one of the graduate hostels, showed little activity, as the occupants were out.
However, posted on the door of the general office of the administration of the hostel was a notice, in capital letters: PLEASE, NO ACCOMMODATION AT GRADUATE HOSTELS (VALCO). THANK YOU. FROM HALL MANAGEMENT.
An official at the office, when pushed to explain the meaning of the post, said: “We have no rooms here. All the rooms are occupied, so the notice is to inform.”
Accommodation deficit
The President of the UG Students Representative Council (SRC), Mr Isaac Agyemang, confirmed the challenges to the Daily Graphic.
“There is an accommodation deficit. More than 10,000 new students are estimated to be enrolled, with more than 48,000 continuing students and total bed spaces of 19,000. Students are more than the bed spaces available,” he said.
In his view, the situation was going to get worse next year, with the admission to the universities of the first graduates of the free senior high school (SHS) policy, if immediate measures were not taken to address the challenge.
“I believe this is not an issue of just the UG; other universities in the country are also facing the same challenges,” he added.
Mr Agyemang said there was the need for a conscious effort on the part of the government and the university authorities to address the problem.
For its part, he said, the SRC was in discussions with the authorities of the university to reinstitute the SRC Hostel Fund that the authorities had suspended because of agitation by students for accountability.
He said the fund would support the construction of a 2,700-bed hostel for students.
Hacked portal
Attempts by the Daily Graphic to speak to the Dean of Students were unsuccessful.
However, an administrator of the university who did not want to be named explained: “The portal for registration for residences was hacked into, with the hackers re-directing students to a wrong site to register.
“Due to that challenge that occurred last Thursday, the university activated the portal on Friday and sent out the information to all fresh students and the university community.
“Given the number of applicants, when the portal was activated, within a few minutes all the bed spaces were signed up for,” the administrator said.
He urged students to go for vacant bed spaces in the private halls of residence.

What do you think? Leave your comment below.
Share198Tweet124Send