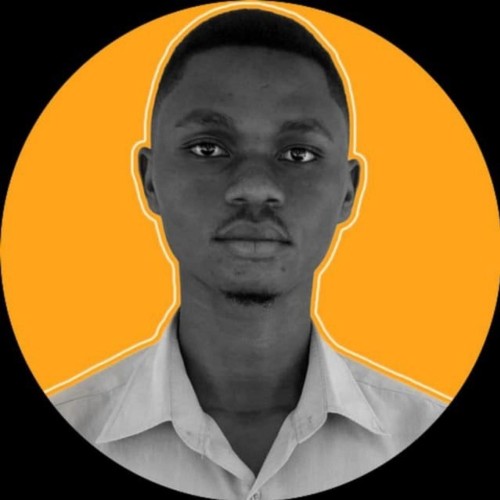 I wish I had never met him. I wish we had never crossed paths that day at school. I wish he had never asked for my number and I wish I didn’t let him take me on a date where we spent the whole night talking — I felt like I had known him for my entire life and I never wanted it to end.

I wish he didn’t exist.

Because if he didn’t exist, then I wouldn’t know what it’s like to fall in love with the perfect guy, and then subsequently have to dump him because his dick was too small.

He was perfect in every way, except the one. The first time we met, it felt like there was a magnet pulling us together. I had to know him. I had to talk to him.

I wasn’t even in control of my body anymore, it was completely acting on its own accord. I went up and talked to him (something I would otherwise never, ever do) and the conversation flowed like magic.

His name was Ethan and as I introduced myself, I had to stop myself from saying “Hi Ethan, I’m in love with you.”

We didn’t stop talking. I gave him my number and we went out on our first date that next day. Things quickly snowballed into a relationship and it was the first time that I ever really understood what people meant when they said they’d found their soulmates.

“So this is what it’s like,” I thought to myself one night as he pulled away from my driveway after another five hour long date.

I couldn’t understand how a guy this incredible, gorgeous, and charming could be single. I thought for sure some girl would’ve swooped him up in high school, if she were smart.

But before we get there, you have to understand how utterly obsessed we were with each other. I had never been so physically, emotionally, spiritually (crazy, I know) attracted to someone. It’s like I had been put on this Earth to find him. I couldn’t want for anything more in a person. There was no jealousy, no possessiveness, no question in our minds that this relationship was it. You could’ve offered me Ryan Gosling on a silver platter and I would’ve said “No, thanks,” and asked for Ethan instead. I was completely and irrevocably in love.

And then the pants came off.

We were young and in love so obviously the next step was sex. The no-pants dance. The horizontal hula. Dry humping just wasn’t doing it for us anymore, so we decided to go all the way.

Neither of us were exactly virgins, so while it was a huge step in our relationship, it wasn’t like it was something completely brand new.

What he was packing (or rather, not packing) down there was, however, very new to me.

At this point in my life, I had seen a dick or two or three or more, who knows. I knew what they looked like. Sure, they differed in size, but they were all in the realm of average to above average. When I unwrapped his package, what I saw wasn’t in that realm. It wasn’t even on the same planet as “average.”

It’s like someone had taken the “resize” feature on Facetune and pinched inwards on his dick. It looked like every other dick I had seen, but just waaaaay smaller. I don’t think you could technically call it a micropenis, but his dick and a micropenis could be brothers. Very similar. Too similar, I’d say.

Seeing his extra small peen was a shock, but I thought it was something I could work around. Maybe he’s incredibly good at oral, I tried to convince myself. Because if you have a small penis, it’s required by law to be good at oral.

And he was. His tongue did things that his miniature penis couldn’t, and while that was great, I had an epiphany one night mid-penetration (if you could even call it that). Yes, the love of my life was “deep” inside me and my mind literally wandered so far away that it came to this realization: oral isn’t enough for me.

Yes, oral is great and honestly the only way I can ever finish, but it just wasn’t enough. I needed actual, physical, DEEP penetration. Try as he might, his little Vienna sausage just couldn’t do the trick. It was so small that the condom would routinely just slide off. I honestly couldn’t even feel the damn thing inside me. I’d rather catch a finger or two than catch his sorry excuse for a dick.

I thought I would just be able to deal with his, uh, shortcoming, because I’m not exactly a freak in the sheets. I’m pretty vanilla in bed compared to some of the things I’ve heard girls do. I’ve never had a money shot, I have no desire to try anal or be with another woman, and besides a little light choking, I just like regular old-fashioned sex. Give me some tongue-fucking and then that good ol’ P in V action and I’m good. I thought I could overlook this small (oh, it was small alright) flaw because everything else about him was perfect. But I couldn’t and I didn’t.

Sex isn’t everything in a relationship, but it is something. It matters. Sexual chemistry goes hand-in-hand with relationship chemistry, and I just didn’t have it with Ethan. As perfect as he was, I couldn’t sell myself short for the rest of my life. I deserved to be happy. I deserved a real dick.

I broke up with him six months after we first met and started dating. I tried to stick it out for as long as I could, hoping that my sexual needs would just go away because every other need had been met. It took me six months to realize that it doesn’t work like that. He was obviously hurt by the breakup, and so was I. Ethan was everything I wanted in a guy, everything I still want in a guy, except for that. It was the hardest breakup I ever had to go through because I honestly didn’t want to do it. I felt shallow and selfish for breaking up with the perfect guy just because he had a small dick, but I couldn’t stay with him knowing that I was unhappy and unfulfilled.

We’ve relapsed a few times since the breakup. Every time I see him I think of the guy he is on the outside: tall, sexy, sweet with an ass that won’t quit. I convince myself that maybe I made a mistake — maybe I can be with him even though he can’t fulfill my sexual needs. The sexual tension between us is palpable, and we give into it. But every time we go home together I’m reminded of how untrue that is. I tear his clothes off, filled to the brim with desire, only to have all that sexual tension fizzle away when he whips out his two-inch garden snake.

I recently deleted his phone number from my phone and blocked him on every social media because I don’t think I can see him or talk to him without wanting to try and work things out. I may have dumped his dick, but I don’t know if I’ll ever not be in love with the other 99.999 percent of him.