These Pastors Will kills Us! Watch As Pastor Performs Deliverance In Church With Football (Video)

Kumasi hotel killing: Victim and suspect were not lovers – Family of deceased

by Christopher Sam
in entertainment

498
SHARES
1.4k
VIEWS
Share on FacebookShare on TwitterShare on WhatsAPP

“Hello… Ei Serwaa Amihere, look at your butt. Nice…”, these are the comments that have landed the Chief Executive Officer (CEO) of the Consumer Protection Agency, Mr Kofi Kapito in hot water amid accusations of sexual harassment on social media.

However, before carrying out his duties he saw GhOne TV newscaster Serwaa Amihere seated in the audience and made his controversial comments about her derrière.

I had so much respect for Mr. Kofi Kapito. This is a classic case of sexual harassment. I’m appalled by his utterances. This was needless and completely disrespectful! pic.twitter.com/8w6atnw9SS

In the aftermath of the awards, Ms Amihere took to Twitter to describe the comments as a “classic case of sexual harassment”.

She posted: “I had so much respect for Mr Kofi Kapito. This is a classic case of sexual harassment. I’m appalled by his utterances. This was needless and completely disrespectful!”.

In a similar vein, the RTP Personality of the Year, Nana Aba Anamoah said the comments were unacceptable.

Another radio and television host, Afia Pokuaa popularly known as Vim Lady says the comments were unacceptable and Mr Kapito must apologise to Serwaa and all the women who were at the venue.

Read other comments on Mr Kapito’s comments below; 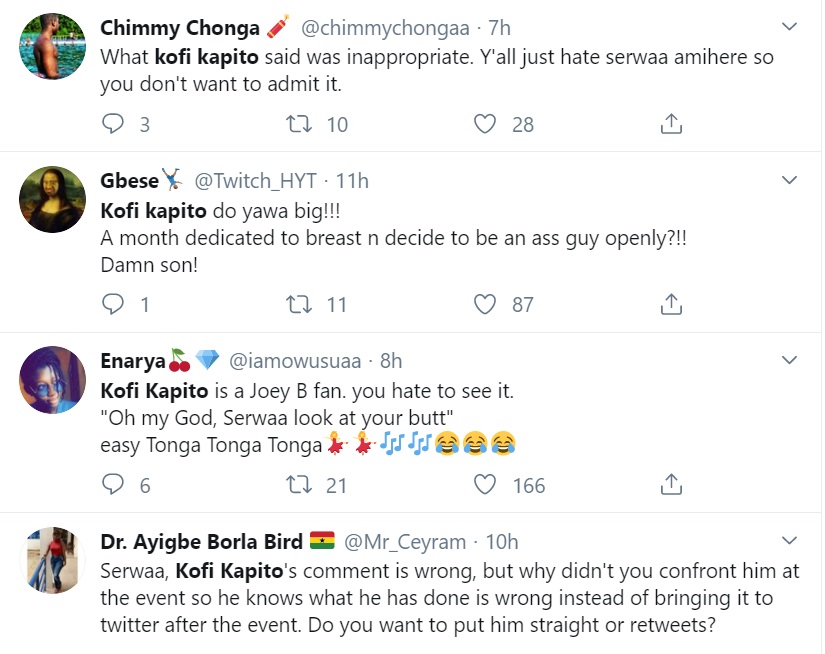 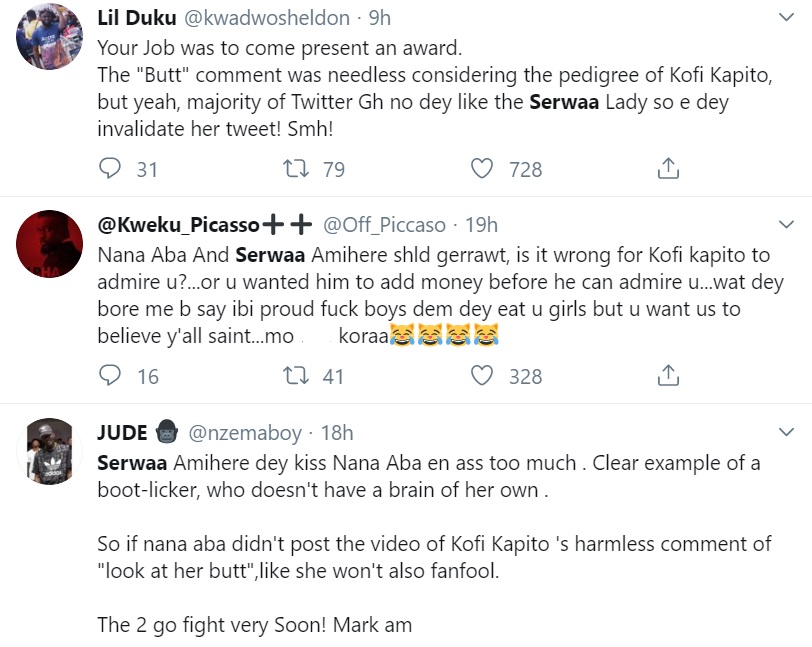 What do you think? Leave your comment below.
Source: Graphic.com.gh
Share200Tweet124Send