Sankofa Radio is the oil city of Takoradi latest radio addition, operating on 98.9 Mhz on the FM band, Sankofa began its official test transmission on Monday, January 4, 2021, in Ghana. 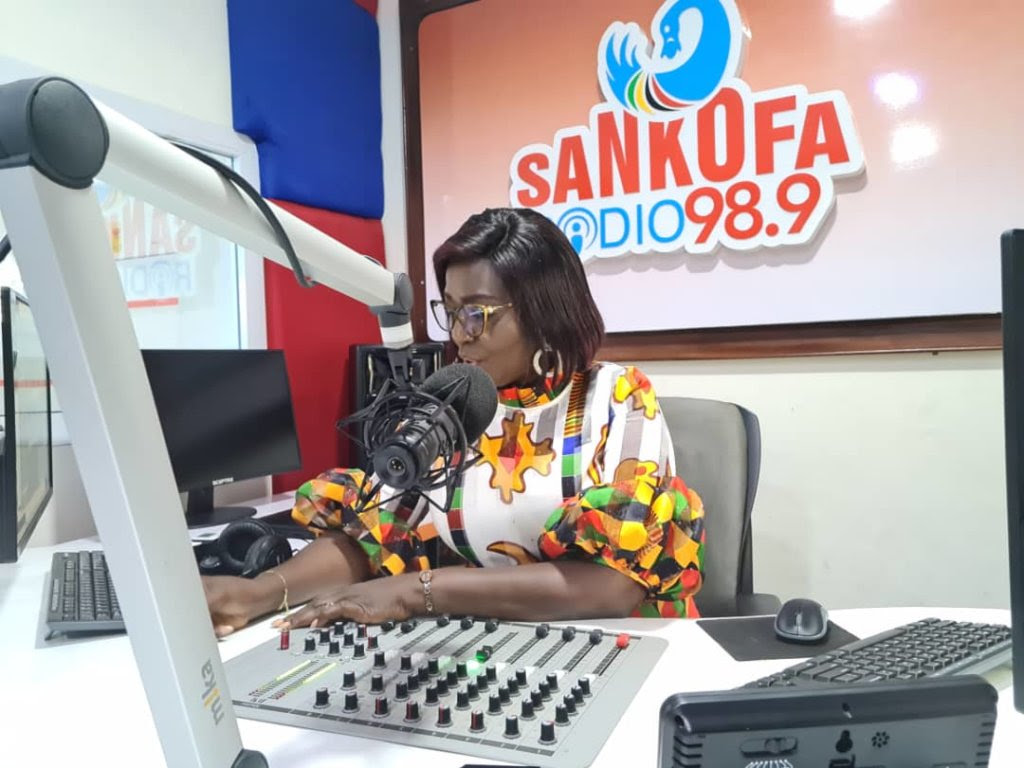 The newly born radio station based in Chapel Hill started its official test transmission ahead of real programming which is scheduled to begin February 1, 2021. The station which promises to deliver quality content with international taste will be targeting Ghanaians locally and those in the diaspora.

Sankofa Radio 98.9 will compete in the mass end market demographic with most of its content presented in local Ghanaian languages. Investigations by TheAfricanDream.net uncovered that the station, which is currently operating from its studio across from “Ship House” near the Bank of Ghana building in Takoradi, is a commercial station that will focus on social issues, sports, music, entertainment, and educative programs as well as initiatives focused on serving as a bridge between Ghanaians living in the country and those abroad.

The station with Ultra-modern studio will operate under the tagline “Y3nso Y3ndze Nyi”, which translates from the Ghanaian Fante language into English to mean “this is ours also“

Having had the opportunity to listen to its initial testing on-air, TheAfricanDream.net can attest to the audio quality of this new radio, and we invite Sekondi-Takoradi folks to scan your radio set to 98.9 Mhz now and keep it locked there to enjoy refreshingly good infotainment with quality sound.

As part of efforts to spice up programming, the station’s management disclosed to TheAfricanDream.net that they “will be relaying Mama Effe’s show, ‘Obra’ to the line up for 1-3pm on weekdays. As the only radio station in Ghana’s Western region to do this, we feel very humbled and also responsible to set a quality pace for the area and our audience. Mama Effe of Nhyira 104.5FM in Kumasi hosts arguably the most popular radio show in Ghana, which is Obra, and we are excited to be simulcasting her.”

Sankofa Radio 98.9 is also already streaming on www.sankofaradio.com, and could be found at mytunein.com, Ghanaweb.com, Modernghana.com, and all major Ghanaian radio streaming platforms online. For partnership and collaborations visit their website as they prepare to take the entire Ghanaian local language radio to the next level.

Joey Papking Releases His Debut Ep Titled the East Side