Directed by King Cyrus-Royal the new AKATABOYZ video which runs for some five-and-half minutes has a  soothing classical-like violin twist and a reassuring baseline. In its background is the bigger crew gathered rapping with a drill flow in the English and their Akan language, bringing to life the visuals for the music which fans fell in love with when it was first released in audio format late in January 2021.

Now with a combined online stream of almost 150k plus from aggregation of the track on all online music platforms, and with over 42k of that on their official Audiomack, AKATABOYZ told TheAfricanDream.net that they have a feeling this new video will help increase interest in the track all over again. “We think it’s time to give more of our tracks videos and this ‘Mandem’ video is a starting point. The track as you know is about being in your free zone and sharing your successes while avoiding troubles,” they said.

They are the Gods of Kumerica and yes the originators of the Kumerica trademark of Ghana, who are also the Kumasi-based AKATABOYZ are out again with a new video for their hit single titled MANDEM. Produced by M’GYEI production OF Kumasi, the video dropped on March 19, 2021, on their official YouTube channel. AKATABOYZ continued to disclose: “We are saying this because of all the love we’ve been shown over the past 3yrs since we started this officially, taking Kumerica from our heads like a dream into this giant musical and brand reality that it has now become. Our fans all over the world from here in Kumasi Ghana and across the globe have said they feeling our vibe through the Kumerica Brand. And for us, we are also feeling their love and support for us is already a big win, in the end, if Kumerica wins then we all as Ghanaians and Africans win.”

AKATABOYZ who talked about the upcoming 3Music Awards of Ghana which holds on March 27, 2021, indicated that they are excited to see KUMERICA acts on the nominations list, “we see our brother Yaw Tog nominated for ‘Viral Song of the Year’ and loved what he did with the remix of ‘Sore’ this month that featured Sway of the UK, and even Kumericans getting nominated under ‘Fan Army of the Year’. This shows how fast the brand has grown,” they said. 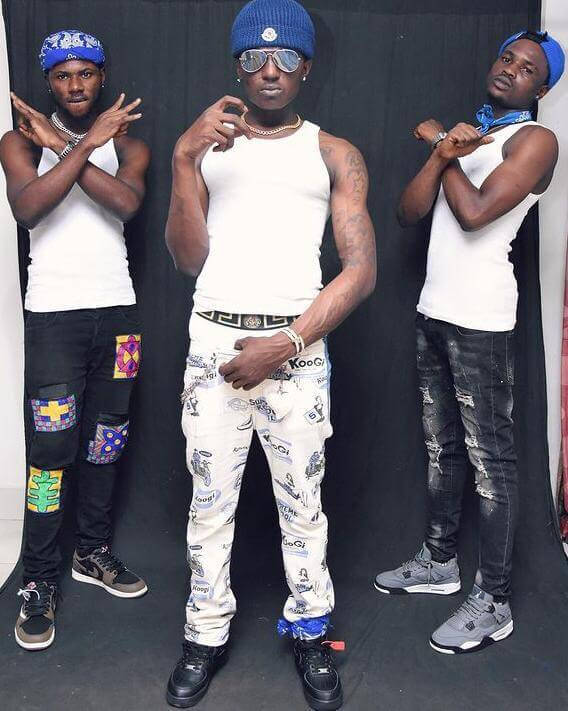 AKATABOYZ is mainly composed of (from left to right) McPolo, Blaq Foreigner and Armani Polo

“You saw how elated Africa and fans of African music were when Burna Boy and Wizkid of Nigeria won awards at the just ended Grammys, it was a win for the world — shout out to Nigeria music, Africa is where it started so we are not surprised things are circling back to the origin. We are not copying anyone, we are just doing what we love in our peculiar way, and are thankful for the continued support — enjoy our MANDEM and expect more to come soon,” the AKATABOYZ told TheAfricanDream.net in a phone chat from Ghana.

With some of their hit songs include ‘Kumerica Yaba‘, ‘Guy Guy‘ and ‘Ay3sika Awie‘ plus the United States-based Afrikan Post newspaper featuring them in one of its late 2020 editions, AKATABOYZ want you to become of their MANDEM as you enjoy their latest video and catch up with them on Twitter and Instagram as akata_boyz.

Joey Papking Releases His Debut Ep Titled the East Side