After entertaining music lovers with great music, Kelvynboy is girding up to release his maiden album on October 30, 2020.

The album titled ‘Black Star’, will be an anthology of songs that reflect the brand and artistry of Kelvynboy.

Prior to the release, there shall be an album launch party on October 29, 2020.

He cemented his stay in the music industry with the release of the T.I.M.E. EP in 2019 which won him a lot of spurs.

He aims to take his music and the Ghanaian Afrobeats culture to the world and also looks to collaborate with the likes of Angélique Kidjo, Wiyaala, Sherifa Gunu, Gyedu-Blay Ambolley, Afro Moses, Kojo Antwi, among other music greats.

The ‘Blackstar’ album will be out on all digital platforms/stores on October 30, 2020. 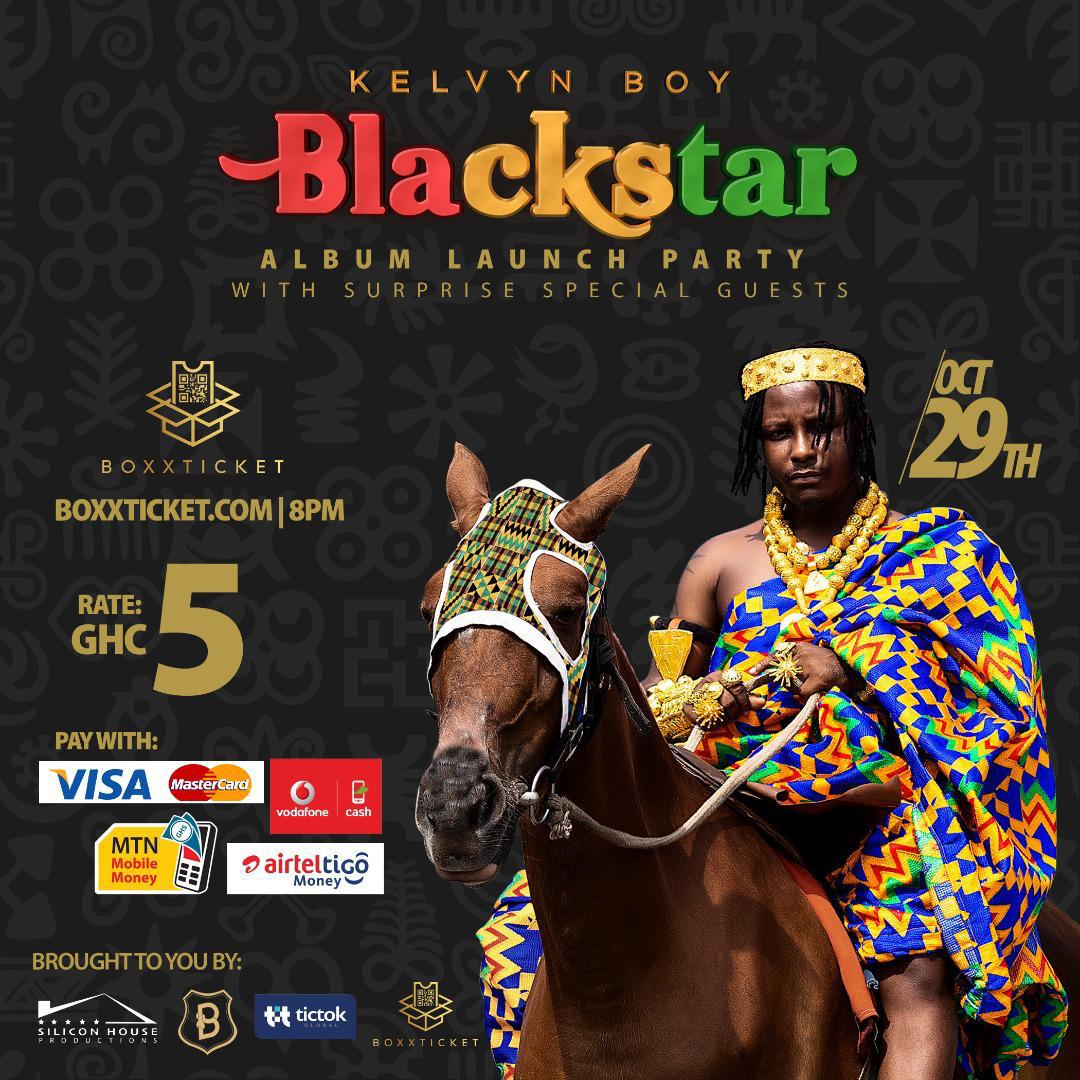